The Simpsons RPG has been considered

Original writer Al Jean says show organizers have talked about the possibility of a role-playing game based on animated series.

A role-playing game based on The Simpsons has been discussed, according to original series writer and 8-time Emmy Award winner Al Jean.

"Yeah, we've talked about it," Jean said during a GoldDerby Google Hangout today.

Gamers may want to temper their excitement for any such project. Jean said, "it's a really complicated thing to do" in part because writers would need to create numerous possibilities for every situation in the wide-ranging fiction of The Simpsons.

Jean wrote numerous episodes of The Simpsons, including "Lisa's Pony," "Treehouse of Horror" III," and "Lisa's Sax," among others.

Asked generally if any new Simpsons games are in development on top of The Simpsons: Tapped Out for iOS and Android, Jean said, "We've talked about it. I think there will be."

"Tapped Out is amazing. For a game like it is, to still be increasing in popularity long after its release is really unprecedented," Jean said. "It's a really, really good game and it's doing amazingly well."

"We've been at it so long. I mean, the first game was an arcade game. So there's been unbelievable history to the video games that have come off the show. And we're a ride at [Universal Studios], which is amazing," he added. "So I think that kind of thing is not going to stop. In fact, it will just increase."

The Simpsons: Tapped Out posted its highest revenue quarter in the April-June period since launch in August 2012. The game helped publisher Electronic Arts net $90 million from smartphone and tablet games during the quarter.

EA currently holds the license for games based on The Simpsons. The publisher told GameSpot, "We can't comment on rumors or speculation." 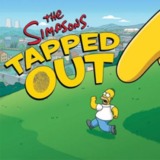 View Comments (153)
The Simpsons: Tapped Out