The Ship 2 to set sail

Outerlight, the developer of innovative online stealth-action game The Ship, has announced on its Web site that a sequel to the game is underway, and that it will be working with a "major international publisher" for the new game.

The Ship started life in 2004 as a Half-Life mod, and became a full-size game that was then released in July 2006 on digital distribution service Steam. A European boxed retail version hit store shelves in September 2006, followed by a US retail game in April 2007.

Set on a 1920s luxury liner, gamers are given details on another player to "kill," which must be done using improvised weapons lying around the ship, and without witnesses. Of course, someone also has your name and location, and is hunting you down as well... For more information on The Ship, check out GameSpot's review.

Outerlight is currently recruiting for software engineers and designers, as well as concept, environment, and character artists and animators, and says that more details on the new game will be posted soon. 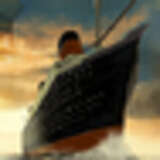