Funcom's new massively multiplayer online game The Secret World has not been the success the studio had hoped for. The company announced today as part of its latest financial report that it has sold 200,000 since launch in early July, a figure that is below the firm's expectations.

Funcom said the launch of The Secret World was not hampered by technical issues or difficulties, but rather reviews and news about competing games. The firm acknowledged that reviews for The Secret World were mixed, noting that the poor critiques "impacted sales of the game significantly."

Though sales figures for The Secret World may not be where Funcom wants them to be, the firm said it is planning to launch "several initiatives" to acquire additional players. These efforts were not specified.

Lastly, Funcom acknowledged the company's current cost-cutting measures. The studio confirmed a reduction of total staff of about 50 percent, which was rumored last week. 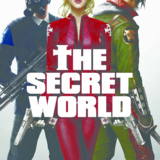