Acclaim shows off some new elements from its comic-inspired action shooter.

We recently got to take a look at a new build of The Red Star, the action game based on the comic book of the same name, to check out some new features that are being included in this surprisingly hardcore shooter-brawler hybrid. The Red Star envisions an alternate-reality version of Russia that has both pervasive communist undertones and a military that relies heavily on the magical powers of a set of gifted warriors. The game is similar to many classic action games in that it throws hordes of enemies at you and forces you to dodge hails of bullets at all times.

One new stage we got to see showed off a couple of interesting new gimmicks in The Red Star. For one, this level was played from a slightly tilted overhead perspective and scrolled vertically, in contrast to the other levels in the game we've seen that proceeded in a typical side-scrolling fashion. This level had a wet, reflective floor in some places, and this was tied in to the gameplay in a pretty unique way. Overhead, a sky furnace (one of The Red Star's massive aerial battleships) was dropping bombs, and the only way to see where these bombs hit was to watch their reflections on the ground, which provided for a pretty nifty action sequence amid all the combat.

Acclaim showed off another new feature in The Red Star that hasn't been revealed before: a series of battle arenas that you'll access from the main menu. These pure action levels are set up in a sort of Smash TV-style format, whereby you're at the center of a room that's constantly being flooded by progressively more-difficult enemies. The battle arenas won't have any real connection to the linear sequence of levels in the main game, but they're a good place to bone up on your combat skills and simply take out scores of enemies for as long as you can.

Finally, we got to see the third playable character, Maya, for the first time. Unlike the other two characters--Kyuzo, the brawler, and the agile Makita--Maya is a powerful sorceress whose attacks rely on her magical abilities. Her ranged attack features a gun that looks sort of holographic, so she's, presumably, conjuring this weapon with her mind. Maya seems to play quite differently from Kyuzo and Makita, so with three fully distinct characters, The Red Star ought to present a good deal of replay value.

The Red Star is progressing nicely, and we look forward to seeing more of it as development continues. The game is slated for release this fall, so look for more on it before then. In the meantime, you can check out our previous coverage of the game. 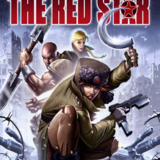