Here's how to kill all the right people in The Quarry and net yourself the Family Matters achievement/trophy.

The Quarry is the latest narrative horror game from Supermassive Games. This one features a set of camp counselors who get stuck at camp one extra night, which results in an ensuing bloodbath. The villains of the game are the Hacketts, the family that owns the camp and the quarry it takes place in. It's possible to kill every Hackett in a single playthrough, netting yourself an achievement/trophy to do so. This guide tells you every opportunity you have to kill each member of the family. GameSpot's best ending guide will also result in all of the Hackett's dying. It's also important to note that you need to keep as many counselors alive as possible in order to get these opportunities. Spoilers ahead.

There are seven members of the Hackett family, with an eight villain that isn't necessary for the achievement, but does unlock their own achievement/trophy. Kaylee is the first member of the family to die and will always be killed by Laura and found floating in a pool in Chapter 5. You don't have to do anything to trigger this, it always happens.

Travis will die in either Chapter 9 or Chapter 10, depending on what decisions you make earlier in the game. These decisions come as Laura in Chapter 7. The first option is to take the gun from Travis and shoot him once in the jail. This will cause him to show up in Chapter 9 and kill Laura, then get killed by Ryan. The second option is to grab the syringe from the second floor office as Laura in the police station. After that, stash it in the wall and use it to subdue Travis. This will result in him helping Laura and Ryan in Chapter 9.

If he helps, he will be with Laura and Ryan during the final showdown in Chapter 10. Laura will be prompted to shoot Silas, don't shoot Silas. This will trigger a QTE where Travis attempts to take the gun, you need to fail the QTE. This results in Laura shooting and killing Travis.

There is a third option. If Ryan declines being bitten by Laura when he is injured, he will die right after shooting Chris. This will result in a QTE for Laura where she can shoot Travis. The best method here is killing Travis in the final showdown, but you do have multiple options.

During Chapter 9 inside the Hackett house, Laura will eventually get into a struggle with Constance over a gun. If you rapidly press the button prompted on the screen, Laura will win the struggle and shoot Constance, killing her.

Bobby, the very large hunter, can be set up to be killed in Chapter 9. Bobby will stab Ryan in Chapter 9--as long as Ryan is alive at this point this always happens--and you will be presented with the choice to pull the knife out or leave it in. Leave the knife in. This will allow Ryan to later pull it out and stab Bobby, which results in him getting killed by Chris later on.

Jedediah can die in two different ways in Chapter 9. Laura will have to perform a couple of QTEs in a row. If those are successfully completed, you will have the option to either attack Jedediah or to run and escape through the window. If you attack Jedediah, you can smash a button to kill him. If you choose to escape through the window, he will get killed by Chris later.

Also during Chapter 9, Ryan and Laura find Chris chained up in the attic of the Hackett house as a werewolf. He will break free from the chains and attack them, causing the floor to give out underneath them. This is where he will kill Bobby and Jedeiah if you follow the previous steps. After he kills them, Ryan will have the opportunity to shoot him. Shoot Chris and he will die.

Caleb can be killed in two different ways in Chapter 10, but both require you to do certain tasks earlier in the game. In Chapter 9 Emma and Abigail can find silver bullets in the basement of the lodge. In Chapter 10 while Kaitlyn is running from Caleb in the lodge, you can choose to Investigate the door, which will result in them sliding the silver bullets under the door. You can then shoot Caleb. This shooting sequence requires precision, as a missed shot results in Kaitlyn dying and Caleb living, so wait until Caleb starts running towards you to shoot him.

Silas is not a member of the Hackett's and isn't required for that achievement. However, killing Silas unlocks its own achievement and might be required for Caleb's death, depending on how you go about killing him. Silas can only be killed in the finale and the easiest way to get this done is to choose the options where Travis lives until the finale. After you do the steps necessary to kill Travis in the finale, Laura will still have the option to shoot the sleeping Silas. Choose to do this and Silas will die. 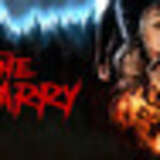