The Present and Future of Career Modes

In the past couple of years, my sports gaming habits have completely changed. I used to be a season/franchise kind of guy, dialing up my favorite team and sticking with them through thick and thin for the duration. This, despite a complete and utter disinterest in the financial side of franchise...

In the past couple of years, my sports gaming habits have completely changed. I used to be a season/franchise kind of guy, dialing up my favorite team and sticking with them through thick and thin for the duration. This, despite a complete and utter disinterest in the financial side of franchise modes. Whenever possible, I let the CPU handle the majority of trades, contract renewals, and so on.

The rise of career modes in sports games has changed that. Starting with modes like Road to the Show in Sony's MLB series, Campus Legend and Superstar in EA Sports' NCAA Football and Madden series and, most recently, the cross-title phenomenon known as "Be a Pro" in EA Sports games, my interest has completely focused on my alter-ego in whatever game I happen to be playing. 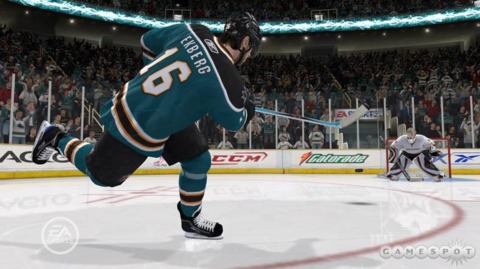 Getting it done on the ice.

Take MLB 09's Road to the Show, for example. I've been aware of, and have dabbled in this mode for the past few years, but it's only really in this year's game that my career as a virtual baseball player has really come to life. Despite its shortcomings (and RTTS isn't perfect), I've found myself more engaged with this mode than any other aspect of the game. I was similarly obsessed with Be a Pro mode in last year's NHL 09 and the Campus Legend mode in NCAA Football 09.

You can draw parallels between the rapid evolution of sports game career modes to the similar pop culture prominence of modern pro athletes. Like the me-first athletes that these modes draw inspiration from, in career mode, it's all about your player, not your team. Sure, winning is great and championships are fun but the best career modes finely tune the focus of the game on you, your player, your performance, your stats. Like today's professional free agents, your entire purpose in career mode is getting the most out of your own career. Essentially, you can become the selfish, spoiled athlete, if only for a few hours.

And it feels good, too.

The same is true when playing a quarterback in NCAA Football, or a goalie in NHL 09: career modes let you get perhaps as close as you can get to understanding what it's like to perform (or, indeed, completely blow it) in a big-time sports situation. That sense of responsibility over not just your team's outcome, but the fate of your player's career is what career modes do best.

Specialization has its downsides. While pitching continues to be great fun for me well into my third season in RTTS, playing any position other than quarterback (and, to a slightly lesser degree, running back or defensive back) is a complete snooze in Madden and NHL. And while you could argue that this level of positional specialization doesn't do much to make you better at the game you're playing, why not let people play the game the way they want to? 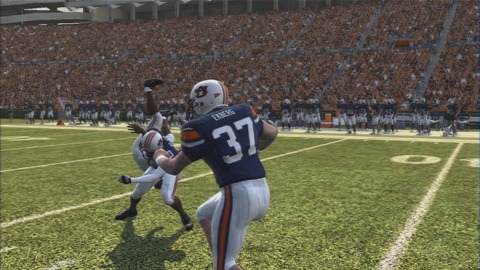 One more step to the Heisman.

In my RTTS campaign, my Chicago Cubs won the 2011 World Series in seven games against the Tampa Bay Devil Rays. My contribution to that epic eleventh-hour victory? Zero. Zilch. Nada. Instead, after the game was over, I was greeted with a screen of text congratulating me on the win. That's it. To be fair, this complaint is more an indictment of the sport of baseball (and the amount of time certain players go between starts) than it is its implementation in MLB 09 but I wish there was a way to let the player feel involved in his team's progress even when he isn't on the field.

Still, while the day-to-day career can be a bit of a grind, adding flair to a career mode can be a minefield. Attempts at injecting some fun into career modes have sometimes come off like cheesy tacked-on solutions, like the "media" interviews in Madden's SuperStar mode or the fake college exams in Campus Legend mode in NCAA Football.

For a while now, Sony's MLB series has given you "interactions" in RTTS mode. Essentially choices you can make as a player--including things like complaining about playing time, looking for a new contract, etc.--that can have either a positive or negative effect on your player. For example, complain that you need to be a starter and you might convince your manager to make a move on your behalf. Or you might make him mad and find yourself missing your next start. It's not a perfect system--text menus are inherently pretty drab--but building on this kind of consequence-based interactions can go a long way towards making the time in between your next game something more than just checkmarks on your calendar.

The point: I'm a big-time athlete making millions of dollars per year. Make me feel like it! 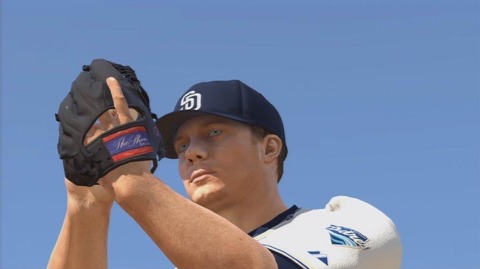 Not my RTTS pitcher. But a nice screenshot nonetheless.

Three things that career modes need to do next:

Better yet, make the decisions I choose matter. If I spend time training my butt off on my jump shot in NBA Live, at the expense of hanging with the boys in the locker room, give me a boost to my jumper in the game, and lower my team chemistry rating as a result. Life is full of choices and all of those choices matter. Make them matter in the game too.

So that's what bumping around in my brain regarding career modes these days. I'm curious to hear what you think, too. Do you play in career mode? What do you like or dislike about them? Where do you think the modes will be next year, or five years from now?