The Preorder System Is Broken

Assassin's Creed III was the 8th-best-selling game on Best Buy's website last week, underscoring a troubling trend of how little publishers have to do to get gamers' money.

For the week ending March 10, the Xbox 360 edition of Assassin's Creed III was the 8th-best-selling game on BestBuy.com. Yes, that's the same Assassin's Creed III that was officially unveiled March 5, but isn't scheduled to hit store shelves until October 30. With little more to go on than a teaser trailer and a promise of steelbook packaging with Alex Ross art, gamers ordered the next installment in Ubisoft's stealth action franchise more than games that were actually out, including new and recent releases like Street Fighter X Tekken, Major League Baseball 2K12, Mario Party 9, and SSX. 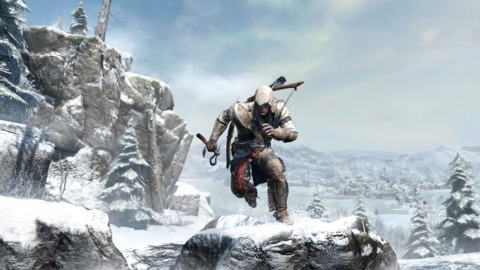 You've got seven months to figure out if you want to buy this game or not. Maybe you don't need to preorder it just yet.

This isn't to say Assassin's Creed III won't be great, or that gamers shouldn't be excited about it. It comes from a known series with a history of acclaimed games and features an intriguing premise with its Colonial American setting. But the fact that this many consumers are eager to fork over money for a product before they can make a truly informed decision is troubling.

Many industry watchers--myself included--have decried the anti-consumer impact that new trends like downloadable content and microtransaction-driven free-to-play games are having on the industry. But it's not like the traditional preorder system for $60 retail games is a model of aboveboard dealings, either.

There was a time when preorders served a valuable purpose. … Times have changed.

There was a time when preorders served a valuable purpose, when games came on cartridges, release dates were vague, and supply chains were slow to respond to consumer demand. I remember wasting weekend afternoons driving around the Dallas-Ft. Worth area with my brother, scouring stores for FIFA International Soccer and John Madden Football '93, and being told time and again to check back in a matter of weeks. I also remember Best Buy, Wal-Mart, and other mainstream retailers never getting their copies anywhere close to release day, and Funco Land, Babbage's, and Software Etc. never having extra stock for those who didn't preorder.

Times have changed. Street dates are dictated and enforced. Major retailers know they need to have stock on day one or they'll lose the diehard gamer audience that spends money on the hobby year-round. And if your preferred store does run short of copies, there are dozens of online retailers eager to have the business, some with free shipping or no sales tax to make up for the wait. And then there's the fact that more games are launching in downloadable form on day one than ever before. If GameStop didn't order enough copies of Mass Effect 3 for the PlayStation 3, the PlayStation Network has roughly infinite digital copies of the game ready to start downloading this instant. 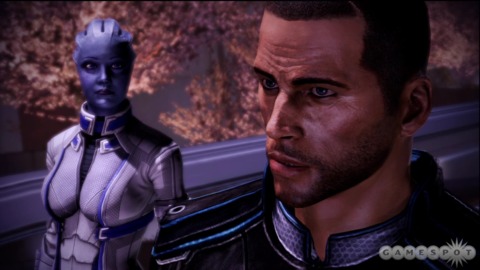 One bright side of digital distribution is that it largely negates the push for preorders.

These days, the biggest reason gamers have to preorder is schwag. Whether it's a premium priced bundle that could conceivably be in short supply or a bit of retailer-exclusive downloadable content, these preorder campaigns play on gamers' desire to have a complete gaming experience, from the branded bookends to the alternate costumes and weapon packs. But the way the system works now, preordering still doesn't complete the game. Competing retailer-exclusive bonuses prevent anyone from getting everything with a single purchase, and an avalanche of postlaunch DLC leaves gaps in the vast majority of major releases' launch-day offerings.

So what does preordering accomplish? Well, it sends a message to publishers. Unfortunately, money isn't the most articulate carrier of human communication. To gamers, a Lollipop Chainsaw preorder might say, "I appreciate the weird games Suda-51 makes. Please give him money to make more original titles." To a publisher, that same preorder could say, "I likes me sum zombiez and sex. Plz make Lollipop 2 with more zombiez and boobs," or even, "I like pop culture references so much that I preordered your game for the exclusive Ash from Evil Dead costume. Please do more campaigns like this in the future."

In a broader sense, a preorder for a sequel--especially one that's seven months away like Assassin's Creed III--tells publishers that things like word of mouth or firsthand experience are unimportant. It tells them that there's no need to risk money on something truly original, because there's no shortage of people willing to buy more of the same thing that worked before. (Spy Party developer Chris Hecker called it "an appetite for sameness" in his excellent Game Developers Conference presentation last week, and correctly identified it as a problem whose blame is shared across the development, press, and gamer communities.) Finally, it tells them that gamers are fine with the way things are and will wholeheartedly support their continuing down a path that puts the emphasis (and budget) not on a game's quality, but on its marketing.