The Possibility Of Final Fantasy X-3 Being Made Isn't "Zero"

According to key Final Fantasy X staff members, a synopsis for a second sequel set in Spira has already been written.

Square Enix has suggested that it could one day return to the world of Final Fantasy X with a Final Fantasy X-3 sequel. In a new interview with Famitsu as reported by Japanese blog Ryukutya via RPGSite, several key members of Final Fantasy X commented on how the project even has a plot written by Kazushige Nojima, who served as one of the scenario writers on the 2001 game.

"If we are to make X-3, we somehow have a synopsis written by Nojima-san," character designer Tetsuya Nomura explained. "It's sleeping right now, but the plot itself does exist."

As RPGSite also noted, a recent audio play could be used as another potential storyline springboard. Taking place a year after the events of Final Fantasy X-2 and focused on two new characters called Chuami and Kurgum, Final Fantasy X Will reunited several of the original game's voice actors and dealt with the return of Final Fantasy X's main antagonist, Sin.

Motomu Toriyama--the designer and writer for Final Fantasy X--added that while the chances of the sequel being made weren't zero, these projects won't be made until Final Fantasy VII Remake is completed.

"The probability is not zero. But we are not in a phase where we can talk about it, unless we have finished producing FF7 Remake," Toriyama said.

The next chapter in Final Fantasy VII Remake is currently in development, and Square Enix wants to make certain that future installments continue to differ significantly from the original game. Final Fantasy VII Remake Intergrade added PS5 enhancements such as improved visuals, a photo mode, a 60fps performance mode, and a Yuffie-centric DLC episode titled Intermission. 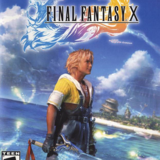