The Pokemon Home GTS Desperately Needs To Be Fixed

The popular trading feature is still marred by many annoying issues. 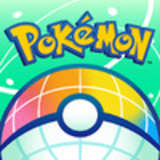 For many Pokemon players, the most exciting aspect of the recently launched Pokemon Home is not the ability to transfer Pokemon from 3DS to Switch (although that is certainly a big draw of the service), but rather the return of the Global Trade System. First introduced in Pokemon Diamond and Pearl back in 2007, the GTS allows you to place a Pokemon up for trade and request a specific monster in return, down to its level and gender. The feature is well-loved among fans because it offers an easy way to fill out your Pokedex, and it's been a staple of the series since its advent, appearing in every entry up until Sword and Shield. Naturally, news that it would be returning as part of Pokemon Home was very much welcome.

Unfortunately, the GTS is still a broken mess.

As helpful as the feature often is, there have always been a few inherent issues with GTS, none of which have been resolved. For one, you can request any of the series' 890-plus Pokemon in exchange for the one you offer up, which of course means there's a preponderance of people flooding the server with requests for Legendary Pokemon in return for their completely ordinary Caterpie. This has been a problem since the GTS was first introduced, but it seems particularly prevalent in Home.

What makes this matter worse is the fact there isn't a way to filter these results out. While Pokemon Home does give you an option to exclude players who are seeking Legendary or Mythical Pokemon when you manually search for a monster, it doesn't work as you'd expect; the search will still turn up requests for Ultra Beasts like Poipole or other Legendaries like Type: Null and Entei. The reason for this is the GTS doesn't actually filter out all Legendary Pokemon, but rather only special ones--so you won't see requests for Mewtwo or cover mascots like Zacian and Zamazenta, but you will still see them for Type: Null and other Legendaries. This is frustrating because of how frequently players ask for Legendaries, even for the most basic of Pokemon, and there's no way to avoid seeing these requests.

The GTS's most egregious flaw, however, is that it doesn't check whether or not it's actually possible for a Pokemon to be a certain level. You can, for instance, request a Cinderace that's between level 1 and 10, even though the Pokemon doesn't evolve from Raboot until level 35, making this trade unfulfillable. This has been an ongoing problem with the GTS; many players intentionally place these kinds of requests to troll others or show off their own Pokemon with no fear of it being inadvertently traded off, and the fact that nothing has been done to curb this is disheartening.

What's most frustrating about all of these issues is that there are ways they can be resolved. The Pokemon Company could broaden the Legendary/Mythical filter to include all Legendary Pokemon, not just specific ones, and it could remove the option to request a particular level when you're searching for any evolved Pokemon. These seem like obvious solutions, and yet for whatever reason, these issues have persisted for years. (And that's nothing to say about the possibility of receiving hacked Pokemon from the service, which is another concern.)

These problems were somewhat excusable in earlier Pokemon games because you didn't need to pay to use the GTS. While you can technically use Pokemon Home for free, its most appealing features are locked behind a premium plan, which costs $16 a year--almost the same price as a Nintendo Switch Online membership. Even with these grievances, Pokemon Home has still largely been a worthwhile service thanks to the other features it offers, but it's disappointing to see the same issues still plaguing the GTS after all these years.

Watch live streams, videos, and more from GameSpot’s summer event. Check it out
Pokemon HOME
Nintendo Switch
Got a news tip or want to contact us directly? Email news@gamespot.com