The Ooblets Winter Update Is Here

Get ready for some frozen fun as Ooblets rolls out snow and more.

Early Access farming/collecting sim Ooblets has just dropped its latest update: V.05 Coldyrain. The Ooblets team have laid out their plans for content drops, and this is the latest. If you're familiar with the naming conventions in Ooblets, it's probably not a stretch to understand that this is a snow/winter update for both PC and Xbox.

According to the Latest News dialogue that appears after you've downloaded the update, this new content drop is a bit different than what the devs were originally planning. The first idea for this update was for it to be a big Wildlands update, with some fun winter stuff thrown in for good measure. But it soon became apparent that the new wintery features were both substantial and fun enough to warrant being a main focus for this update. According to the team, that big Wildlands update is still in the pipe, and will probably release as its own update later this month.

So what all can you expect from this new season in Ooblets? Well first off: get ready for snow. This new chilly precipitation will work similarly to the pre-existing in-game rain, but instead of watering your plants, it will freeze them. Frozen plants aren't dead, but they won't grow either, so you'll need to be managing them with the different tools the update is adding to keep your crops warm like heaters and special anti-freeze fertilizer. Or you can wait for the snow to melt, I guess. For now, it will snow pretty regularly, but the frequency will decrease after January as things start to warm up again irl. On top of the new weather, this update has also added new crafting recipes, new resources, and even a new chilly ooblet to collect! You can see all the new features below. 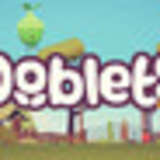