Two years have gone by since The Movies was announced, so famed designer Peter Molyneux paid us a visit to show us the game's latest developments.

Like an epic Hollywood production, or basically any Lionhead game to date, The Movies continues to slowly wind its way through its lengthy development process. However, progress is being made on the game, which will give you the ability to not only manage and run your own Hollywood studio, but also create your own unique movies. The Movies was first unveiled two years ago, and much has changed over the past 24 months. To give us a sneak peek, famed designer Peter Molyneux paid us a visit to show off the game's latest developments.

We last saw The Movies at E3 2004, where the game dazzled its audience. Essentially, The Movies is two different games in one. It has a strategic aspect to it in that you can guide a Hollywood movie studio through the ages, from the dawn of cinema to the modern day. This means you get to control every aspect of production--from scriptwriting, talent casting, set making, and more--in the never-ending quest for blockbusters and prestigious awards. And then there are the actual moviemaking aspects of the game, which let you create virtually any kind of motion picture you can imagine, from a Western to a romantic comedy to a sci-fi film to an action flick. You can even edit together the footage, add a soundtrack and dialogue, and then share your movie with friends and strangers over the Internet.

The game has undergone quite a face-lift in the past year, all in the effort to make it as simple to play as possible. This is important, considering the multiplatform nature of the game, which calls for The Movies to ship on all three major consoles and the PC. Molyneux felt that the original user interface was too cumbersome for The Movies. So much so, in fact, that testers lost sight of the main screen under layers and layers of interface windows. To fix this, Lionhead has practically stripped out all sense of a conventional user interface from The Movies so you can focus entirely on the goings-on in the game itself.

The new interface is practically invisible in all respects, save for a series of icons on the left and right sides of the screen. The icons on the left side display your actors, both in terms of their star ratings (popularity) and moods. The icons on the right side display the statuses of movies in production, including their star ratings (blockbuster potential). The rest of the interface consists mainly of a series of context-sensitive bubbles that pop up onscreen depending on what you mouse over. For instance, if you move the cursor over a character like, say, one of the prospective actors lined up outside your studio, a series of bubbles appears displaying pertinent information, such as the actor's name and age. The latter is particularly important, because if you're looking for your next big star, it only makes sense to find that star while he or she is young...so you can milk a long career from him or her.

When you pick up a character, the game will display the logical areas you can drop them. For example, if you pick up an actress, a thin ribbon will connect her to the plastic surgery clinic, indicating you can deliver her there to improve her looks. Drag her over the clinic and the walls fade away, showing you a floor plan of the building. Then you can indicate what kind of plastic surgery you want her to undergo, such as liposuction or implants. The rest of the interface also operates this way. Pick up a screenplay from the writer's building and you can drop it back into the writer's building for another rewrite, or you drop it into the production building so work can begin on it.

Keep in mind that one of the important features of The Movies is that you can defy convention and run the studio any way you want. This means if you want to try to turn the studio janitor into the "next big thing," you can try to do so, though the results are likely to be comedic...and probably not what you envision. The game keeps track of all the actors and rates them, accordingly, by stars. So there's always a top 10 list of talent you can consult.

Normally, one of your main concerns in a game like this is to make money. However, you'll be given an unlimited amount of credit to run your studio in The Movies. The bigger concern, though, is gaining prestige and respect for your studio by making good movies. The quality of your movies is abstracted in different ways, but in general, the more resources you invest in a movie, the higher the movie's quality. So if you spend a lot of time working on a script, as well as hire a respected director, cast talented actors, and spend a lot on marketing the feature, you'll have a recipe for success. Of course, the problem is that it's impossible to spend that much time, resources, and attention on every movie. So compromises have to be made. The game will evaluate the movies made in every seven-year period, and it will dish out awards to the best movies and actors, which can raise the prestige of your studio and your thespians.

When it comes to actual moviemaking, the core idea is still the same. As the director, you exercise control over a movie by moving sliders that modify the intensity of a scene. For example, if a car is racing down the street, you can move a slider to call for more intensity, and in the next take, the car will careen around the corner and slam into a sidewalk fruit stand. The same goes for a romantic scene. At low intensity, the actors are fairly chaste. But the higher the intensity, the more passion they'll display. You can then take all the footage you shoot and edit it together, in-game, to create your masterpiece. As an example, Molyneux showed us several movies made, in-house, by Lionhead staffers in just one day, including a zombie romantic comedy called Don't Eat My Brain, which was a spoof of 1950s-era sci-fi movies.

The Movies continues to be both a highly ambitious and highly intriguing game. So the obvious question that's left regards when the game is finally going to ship? Molyneux made rumblings about it possibly being ready for release this fall on all four platforms, but keeping in mind his track record on release schedules, it may be later than that. Still, the wait may very well be worth it, because The Movies is the kind of big-budget, innovative game we rarely see nowadays. And considering that its subject matter is about the movies, it's something everyone can relate to. 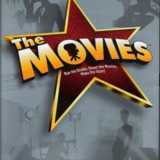