The movie aims to capture the spirit of the games while also offering the "grand production and entertainment value" from Hollywood. 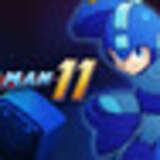 Capcom's live-action Mega Man movie, which we first heard about back in 2015, is now finally official. The Japanese publisher confirmed everything that was rumoured before.

Henry Joost and Ariel Schulman, who directed Paranormal Activity 3 and Paranormal Activity 4, are writing and directing the Mega Man film, which is tentatively titled "Mega Man." Planet of the Apes studios 20th Century Fox is distributing the movie; Chernin Entertainment is producing.

"Based on the influential and globally beloved Mega Man franchise, Capcom aims to appeal to a diverse audience, including not only game players but action movie fans as well, with an adaptation that maintains the world of the Mega Man games, while incorporating the grand production and entertainment value that Hollywood movies are known for," Capcom said in a news release.

This will be the first Mega Man movie, but the franchise already came to TV in the form of the animated show Mega Man: Fully Charged. There is no word on when the movie will be released or who will star in it. Keep checking back with GameSpot for more.

Capcom is no stranger to video game movies, as its Resident Evil franchise was spun into six films starring Milla Jovovich that collectively made more than $1 billion at the box office.

The latest Mega Man game is Mega Man 11, which launched this week on PS4, xbox One, Switch, and PC. For more, check out GameSpot's Mega Man 11 review.