Here's what happens in Grand Theft Auto V when you get off the beaten path and explore the sandbox at your own pace.

For something that's not technically a role-playing game, Grand Theft Auto V sure looks like a great role-playing game. For starters, it's the first GTA to feature multiple protagonists, essentially giving you the chance to jump between three different characters leading three different lives whenever you want to gain an alternate perspective on the action. Beyond that main narrative, however, is a sandbox full of activities and distractions. With that openness comes the opportunity to carve out your own new role in this world of crime and greed. Here are a few identities you might find yourself assuming as you explore the streets of Los Santos and the sprawling wilderness of Blaine County.

According to Rockstar, the world of Grand Theft Auto V is five times bigger than that of Red Dead Redemption. But what does that mean exactly? Well, not a lot--at least not until you see it for yourself. Take one look at the game, though, and it'll hit you. This is a massive landscape full of mountains, rivers, and--in a first for the series--wild animals. In some ways, GTAV feels like a return to the Wild West of Red Dead Redemption. The difference, of course, is that you're not exploring this landscape by horseback. You're cruising around in dune buggies, parachuting from a fighter jet, or just zipping down a mountain trail by bicycle. But no matter your vehicle of choice, the rural countryside of Blaine County looks fantastic. It's easy to see that some players will simply want to get lost exploring. 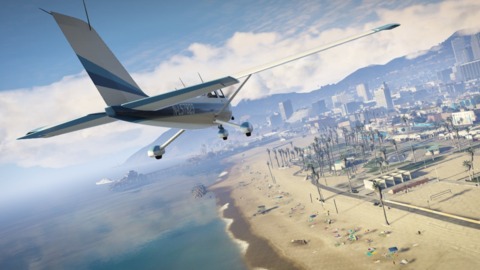 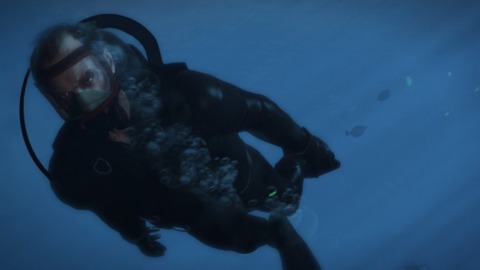 In another first for the series, Grand Theft Auto V will give you the opportunity to don a scuba suit and venture beneath the waves. What's most interesting about this part of the game is that, depending on where you happen to be swimming, diving underwater can feel like exploring some long-forgotten civilization. You'll see the wreckage of sunken ships, submerged oil rigs, and other scattered reminders that Los Santos is a major metropolitan area and that its waterways have probably seen a lot of activity over the years. Just watch out for the sharks.

As you wander the streets of Los Santos and its environs, you'll occasionally stumble upon citizens in need of a helping hand. This is part of Rockstar's effort to offer side missions that are a little bit more tightly woven into the fabric of city life; rather than walking up to a discrete mission icon on your minimap, you'll instead happen upon scenarios out of the blue. It's up to you whether you want to help these folks or simply walk on by.

This is a massive landscape full of mountains, rivers, and wild animals. In some ways, GTAV feels like a return to the Wild West of Red Dead Redemption.

In one such scenario, you might be strolling along the glitzy tourist trap that is Vinewood Boulevard and hear a cry for help. No, it's not some hopeless child separated from his or her parents; it's a dashing celebrity pinned down in an alley who can't escape lest she surrender a photo op to the legions of paparazzi waiting out on the street. So what do you do? Well, if you're the friendly sort, you'll go get her car, pick her up, and outrun the paparazzi as you recklessly speed your way to her home in the Vinewood Hills. And who knows? You might even make a friend that you can return to later in the game. All for simply walking down the sidewalk and keeping your ears open. Plus you get to "accidentally" run over a few paparazzi in the process. Not a bad deal.

Of course, there's no rule that says you need to be a nice guy when it comes to these "ambient activities," as Rockstar calls them. Part of the appeal of a sandbox game is the ability to do whatever the hell you please. So let's say you're driving along the dusty back roads of Blaine County and you happen to see a hitchhiker looking for a ride. Sure, you could pick him up and drive him to wherever he's going. But where's the fun in that? So why not drive him up to some remote peak, let him out of the car, and introduce him to those friendly coyotes and mountain lions? Or coast your car off a dock and see how good he is at fighting off sharks. Or take him up to some winding cliff-side road and plow your car through the guardrail, looking at your terrified guest as you proclaim, "Oh, I'm sorry. I thought you had a parachute too. Well, good luck!" just as you deploy your chute and safely float down to the flaming wreckage that was your car. Anyway, you get the idea. You can do some messed-up stuff with these new side missions. 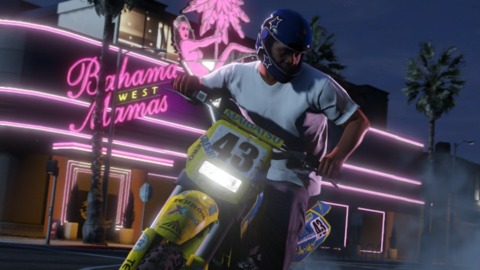 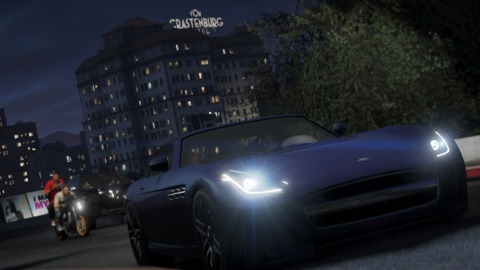 The Fastest and the Most Furious

Remember the modest car customization found in San Andreas? Well, apparently that feature is coming back with a vengeance in GTAV. Rockstar promises that auto shops will not simply be used for a quick change of paint in order to evade the cops. Of course, you can still do that if you want--and even swap out license plates if you're so inclined. But these shops will also be used for customizing your car to high heaven, including performance upgrades as well as cosmetic options such as new spoilers, grilles, and window tints that will let you live out your inner Vin Diesel (or Paul Walker, if you're the boring type).

The Person Who Does Yoga

Yes, you can do yoga in Grand Theft Auto V. Because why the hell not?

These are the choices you'll get to make in Grand Theft Auto V, and that's one of the key ways this sequel is looking to set itself apart from its predecessor. Grand Theft Auto IV was Niko Bellic's story, a game about an immigrant looking to start over in America. Grand Theft Auto V, with its return to the sprawling outdoor terrain of San Andreas, is a much broader game. This is a giant sandbox, and with that scope comes the opportunity to carve out your own cast of characters.

Want to know more about GTAV? Click here to read about the intricate and explosive heist missions that propel the game's narrative.

There are 552 comments about this story
Load Comments (552)