Square Enix has released new content for its RPG mobile game Echoes Of Mana. The new content will include the "Ice and Fire" scenario event where ice and fire harvest players can summon beloved characters such as Angela, Julius, and others. Players participating in the 31st Anniversary Campaign celebration can obtain an anniversary celebration gift, a special Mana series login bonus, and more.

The new "Ice and Fire" scenario event will include an original story with familiar characters in the series. Players who complete event-limited bingo missions can receive a three-star ally Mousseline (Que Sera Sera Ver.) and a three-star memory gem, "Twofold Flame." In addition, players will also earn EP when finishing event quests and using it to trade for unleash material exclusive to Mousseline (Que Sera Sera Ver.) and other items.

As a part of the Mana Series 31st-anniversary campaign, all players will be gifted a four-star memory gem illustrated by the popular series artist, Haccan by logging in and collecting the gift from the Missions screen.

Other login bonuses will include the following:

Echoes Of Mana is a free-to-play mobile game. You can download it on the App Store and Google Play.

For more Echoes Of Mana news, check out these stories: 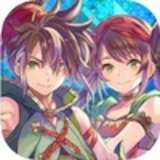