The Lord of the Rings, The Battle for Middle-earth II Preview - First Look

Take an exclusive first look at this epic strategy sequel, which will combine the scale and scope of the award-winning <i>Lord of the Rings</i> motion pictures with the fantastic lore of author J.R.R. Tolkien's novels.

The Academy Award-winning Lord of the Rings motion pictures made novelist J.R.R. Tolkien's classic fantasy novels live again on the big screen. Last year, the team responsible for Command & Conquer: Generals brought the fantasy movies home in the form of an epic real-time strategy game. The team is now back working on a sequel, Battle for Middle-earth II, which will be built out with the full library of lore offered by Tolkien's novels now that publisher EA has secured the rights to the books to go with its movie license. In plain English, this means bigger fortresses, bigger battles, and more spectacular effects.

According to senior producer Mike Verdu, the team is focusing on three major points to improve the sequel: "Unlocking the world of Middle-earth, customization, and depth of strategy." For starters, the entire world of Middle-earth is now available for the team to play with, since both the novels and the movies are fair game to explore. As a result, the game's playable factions have received an overhaul. Yes, the orc hosts of Mordor return, as do the Uruk-hai legions of Isengard. However, there will be several all-new playable factions, including the "goblins and monsters" faction (which includes the diminutive beasties and their ferocious friends, like the easily insulted giant spiders of Mirkwood Forest that vexed Bilbo Baggins in The Hobbit) and separate factions for the elves and the dwarves of Middle-earth. In addition, the factions of Gondor and Rohan, which were two separate groups in the original game (Gondor being the heavily armored fortress defenders, and Rohan being the nomadic horse riders who focused their strategies around powerful "hero" characters like Prince Eomer and the wizard Gandalf), have been combined into a single playable faction that combines the strengths of both.

The sequel will also offer customization in two specific ways. First, instead of being stuck with only the precreated "hero" characters from the movies, you'll actually be able to create your very own hero characters by customizing their appearances, hair colors, and wielded weapons, along with their skills and powers. Like the heroes from the original game, your custom-built heroes can gain experience in battle, gain experience levels, and unlock new powers as they go. The second sort of customization will come in the form of expanded fortress building. Unlike the first game, which required you to build your castles, guard towers, and walls on predetermined spots on the map, the sequel will let you build your fortresses anywhere you please, and you can build as many walls around them as you wish (assuming your faction has walls available). Your bases will start out as central stations (similar to the command centers in Command & Conquer: Generals) that can be upgraded in many different ways, though the concept of "building veterancy" from the first game (buildings would become "better" over time, producing stronger soldiers the more you used them) will not return in the sequel.

Finally, the sequel will attempt to offer more by not only bringing back every unit that appeared in the first game, but by also filling out the ranks with new factions and units and new easy-to-use strategic options. For instance, the game will have smart formations so your troops (whether they be the foot soldiers of Gondor or the Black Riders of Mordor) will fall into ranks that make sense. As a result, your armored troops will automatically shuffle to the front to keep the archers protected in the back. In addition, the game will also introduce the tactical principle of flanking, so you'll receive attack bonuses for sneaking around to your enemies flanks instead of trying to always attack from the front. Players that make good use of flanking will have a strong advantage in even battles, and they'll have a decisive advantage over smaller forces. And while building veterancy is a thing of the past, your armies will still gain experience and become stronger the longer they survive.

However, just like in the first game, all players will be rewarded for aggressive exploration and expansion, since the sequel's resource system will reward you for seeking out new territory. If nothing else, fortresses with farms and other resource-producing buildings that are put too close together won't receive as much of a bonus as buildings that are spread out. Consequently, it'll be within your best interest to capture and hold as much real estate as possible.

In addition to expanded armies, the sequel will also include navies. Ship-to-ship combat will make its debut in Middle-earth with battles on beautifully rendered, shimmering seas that make use of fancy specular lighting effects that sparkle in the sunlight and ebb and flow over shallows. Apparently, all "good" factions (the elves, dwarves, and humans) will have access to elven corsairs, while all "evil" factions (Mordor, Isengard, and the goblins) will have access to the black-sailed warships that appeared in Return of the King. All ships will be manned by archers that can rain arrows onto either enemy ships or enemies on land, though you can also research fire arrow upgrades that let your ships set their enemies ablaze. Even these archery battles will look spectacular thanks to the game's impressive particle effects (which model the fires on flaming arrows) and the growing flames on ships that are set ablaze.

In addition to offering massive battles on land and at sea, Battle for Middle-earth II will offer many options for players who want to build huge and varied encampments for their armies. We'll cover the Men of the West, the dwarves, and the goblins here. For instance, the humans of Middle-earth can build absolutely massive fortresses by starting from their central base and expanding it using nearby plots to build out archers' nests, trebuchet turrets, and other upgrades. They can also protect their holdings with massive stone walls that can be built easily by clicking and dragging your mouse across the screen, even connecting walls together with impassable terrain like foothills and mountains to seal off your holdings. You can also use the points where different walls meet as building "hubs," either to toss in a few defensive towers or branch off even more walls. In addition, the humans can upgrade their fortresses with flaming arrow towers, boiling oil, and friendly upgrades like morale banners and houses of healing. And every fortress can have a monument, a special structure that provides a unique bonus, such as the ivory tower, which provides various bonuses for human structures. And just like in the first game, the humans can build postern gates to sneak soldiers out while keeping the enemy from coming in.

The dwarves of Middle-earth, on the other hand, focus their holdings around their race's most popular professions: mining and engineering. In fact, one of the dwarves' staple structures--the mine shaft--can not only be used to mine the precious enchanted silver alloy known as "mithril," but it also can be used as a quick transport tunnel to sneak armies across the map, which is similar to the abilities of the GLA faction from Command & Conquer: Generals. The dwarves are also hardy soldiers that can build stout fighters from the hall of warriors structure, including dwarf pikemen, who can march in a near-impenetrable phalanx formation. But their greatest strength in battle comes from their siege-works buildings, which can churn out the fearsome two-armed catapults (which pack a double punch in battle) and the dwarven demolisher, a huge battering ram. Dwarven fortresses can be upgraded with axe-thrower towers, flame-arrow turrets, and siege barrels (which heal nearby units). The dwarves' fortress monument is known as the "mighty catapult," a gigantic siege engine that basically acts as devastating long-range artillery.

The goblins of Middle-earth have things a little tougher in terms of defenses. They can't build walls to surround their holdings, but they're not the sort to sit and wait for the enemy to come to them. Most of the cave-dwelling goblins' structures are holes and pits, such as arrow dens and spider holes, though they can also build some towers from which their mountain giant allies can hurl huge boulders. That's right, the goblins have giants on their side, and these behemoths are even larger and fiercer than the trolls of Mordor. Together with the goblins' wild cave trolls, half-troll marauders (disturbingly intelligent brutes that carry spears into battle), and goblin spider riders (believe it or not, the goblins will actually have cavalry), the goblins present a formidable military front. Goblins can also build monuments for their fortresses. In this case, they're called drakes' nests, which are huge steely effigies of giant reptiles that produce fire drakes--hulking, land-bound four-legged reptiles with fiery breath.

Battles in the sequel will be just as epic and just as visceral, if not more so. You can expect to see infantry hurled several feet in the air, screaming after being trampled by horsemen or swatted by angry trolls, along with all-new devastating magic spells and abilities. "With Battle for Middle-earth II, we're looking to double-down on special effects," Verdu said in reference not only to the improved lighting and terrain mapping in the sequel, but also to powerful new magic spells. These include the all-new summoned creature, the watcher (which appeared briefly in the first motion picture), a humongous tentacled sea creature that smashes up from under the ground to devour any enemy units unfortunate enough to be in the way.

And while the all-new factions will have new units and abilities on their sides, the returning factions will also have new units, abilities, and adjustments made to keep things balanced. You'd probably expect to hear something like that about an expansion pack for a successful strategy game, but surprisingly enough, just about all the game's units are in the game and working, and most have been tested in multiplayer for months now. In fact, we saw the game's multiplayer in action ourselves. The team members clearly take the game's balance and gameplay, especially for multiplayer, extremely seriously and are taking the time to get everything right. If they can pull off everything they're attempting to do, Battle for Middle-earth II will offer more strategy, more expansive building, and more exciting gameplay than its predecessor. Stay tuned to GameSpot for more updates on this promising strategy sequel. 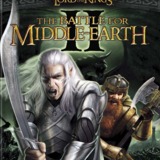 The Lord of the Rings: The Battle for Middle-Earth II
Follow
$26.97 on Walmart
Buy

View Comments (2)
The Lord of the Rings: The Battle for Middle-Earth II