Amateur game designers are finding themselves better equipped to succeed in the video game industry on their own terms. Two such creators tell us about their day-to-day work and their upcoming games.

It seems that just about every other week or so there is some news about a game raising hundreds of thousands of dollars on Kickstarter: Double Fine's adventure game, that SpaceVenture game, Wasteland 2, Moebius, Carmageddon: Reincarnation--the list goes on and on. But there are also unknown game designers who are having smaller successes on the crowdfunding site and launching their game careers. The PC game Against the Wall accumulated $8,400 on Kickstarter. "It was mostly a way of marketing my game and telling people that it existed," said Michael Consoli. "Just reaching out there and testing the marketplace to see whether you have a product that people want."

Michael Consoli lives with his parents. He needs to because he has to keep costs down so that he can spend every waking hour working on Against the Wall. "I am working on it full time. I was working in the summer last year, but I had to quit that job because I wasn't getting that much done on the game," said Consoli. He has been working on the game by himself for a little over a year now. "This game is really important to me. It's me reaching out there and trying to grab this crazy dream of mine and become a game designer."

The idea began as a short story for a college class, a society living on the side of an enormous wall that stretches up into the sky, seemingly forever. But what if you had a magical staff that let you shift the blocks on the wall, creating platforms so you could jump up and climb ever higher and higher? The result is an intriguingly simple and immersive first-person puzzle/platformer.

Consoli isn't the only one working long hours to make an offbeat game. Shawn McGrath has been working on Dyad for over four years, a combination of a puzzle game and a music game that feels like Harmonix's Amplitude and the arcade classic Tempest mashed together. He is based in Toronto, funding the game himself. And he plugs away at it all day. "I stay awake from 18 to 22 hours and then sleep for 7 or 8. So my nighttime constantly shifts," said McGrath. "When my wife gets home from work--that might be right when I'm getting up, that might be right when I'm going to sleep--whenever she's there I will eat. Other than that I work all the time."

Unlike Consoli, McGrath didn't quite do it alone. "There was another game designer named Pekko Koskinen, from the first year of development," said McGrath. Then there's Derek Tong. "I got some money from the [Canadian] government, and one of the stipulations is that I have to hire somebody, so I hired a programmer for a year who got the PlayStation version going." He also received some feedback and business help from his friend Jason Degroot. The biggest contributor was David Kanaga, who wrote the music and interactive schemes that tie the music to the gameplay of Dyad. Still, McGrath did most of the labor, though he downplays it. "In terms of time, I did like 90 percent--but that's a silly way of looking at it. If it wasn't for any of those people, the game wouldn't have been made."

He also benefited from the community of indie game designers in Toronto. McGrath said, "There's John Mac, Ray Komero from N+, Nathan Vella, and all the Capy guys, Miguel Sternberg who does a bunch of community organization stuff, Michael Todd--tons and tons of people doing this in Toronto." Consoli likewise gained valuable assistance. Friends at Muse Games, makers of another Kickstarter game called Guns of Icarus, shared advice. And Against the Wall is being made on the online game engine Unity, so he would go to Unity sites and forums when he had questions. And he made further use of online resources. "For sound effects I am using libraries and whatever I can scrounge together," said Consoli. "I am just using free tools like GIMP and Blender, and whatever I can find that will let me make 3D models."

And how have all these contributions come together? At the game's site, you can play the alpha version now. Consoli believes he will finish the game next year. It's hard for him to judge, since in the fall he will be starting NYU Game Center's master's program. That may delay his progress, not unlike that ill-fated summer job of last year. But until the first day of classes, he is working. Consoli said, "The core mechanics are in place. This month I am concentrating mostly on art and level design. I am just churning out different environments for players."

Dyad is nearly finished, says McGrath. "Most of the technical programming is done. A lot of it now is playing the game and noticing things." He is playtesting, holding QA tournaments, and running the game through its paces. "The game's pretty deep and nuanced, so there is a lot of mechanics and skills you can highlight. The leaderboards and trophies are guided in such a way to encourage deep exploration of the mechanics," said McGrath. Dyad will be released for PSN in the summer. Four years of work, alone or with his contributors, will finally pay off--though he doesn't care how it performs. "I hope that if people play it, that those that like it, compete in it," said McGrath. "I am not concerned at how it sells, or Metacritic--I don't care about any of that stuff. I made the game for the sake of making the game and for the game itself."

Nor does McGrath care much for the spotlight to be on him. "I have a hate relationship with the idea of an authorial approach. Sure, I created Dyad--but not really. Everything that's in it is just a summation of everything I've experienced and the people around me," said McGrath. "There's this weird obsession with romanticizing the idea of a single creator sitting there. That's just total bullshit. It's just that some ideas existed, someone took them and threw them into a game."

McGrath points to himself being directly influenced by two indie games in particular. "Jonathan Blow was talking five or six years ago about prototyping and how he developed Braid; that was really useful for me." And the second? "Everyday Shooter was huge. That was John Mac just doing everything: he did the music, the programming, all the PlayStation work, everything himself. I was like, 'If John can do it, I guess I can do it too.'"

Consoli points to a specific influencer as well. "Minecraft was a huge inspiration. [The game's creator] Notch did a post last year about procedural generation of worlds, which clearly helped me to create my own procedurally generated world," said Consoli. "Just the fact his one small project became this huge thing is really inspiring to me."

It may be unavoidable that games on the fringe inspire the next batch of indie game makers. "I think all ideas exist before and you are just picking and choosing things and matching them together," said McGrath. "It's less about some human grand vision, and more about some quantity of abstract work getting done. And if people just did that quantity of work, they would have awesome things too. And everybody should be totally doing that at all times."

Kevin Ohannessian is a freelance editor and writer covering the game industry. With a focus on the creativity and business of gaming, he's always up for a good interview or an intriguing feature. You can find him on Twitter @khohannessian 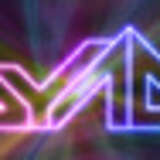