The Liar Princess And The Blind Prince Is A Beautiful Fairy Tale; Coming To Switch And PS4

A fairy tale of love, loss, and lies.

Nippon Ichi Software--the same folks behind the Disgaea franchise--announced that one of the company's newest titles, The Liar Princess and the Blind Prince, will be arriving on consoles in the west next year. Originally released in Japan on May 31, this action-adventure is designed to look like a fairy tale that came to life.

The Liar Princess and the Blind Prince tells the story of a young wolf. Every day she howls a lonely song--eventually attracting the attentions of a prince. When the curious young man stumbles upon her, the wolf is startled and accidentally scratches out the prince's eyes. To make up for her mistake, the wolf casts a spell that lets her be a princess, takes the prince by the hand, and leads him on a journey to find a way to return his sight. The prince has no idea that his companion is actually the wolf that blinded him, and the two begin to care for one another on their journey. To hide her secret, the wolf only interacts with the prince while in her human form.

Players control the wolf in The Liar Princess and the Blind Prince, transforming back and forth between a powerful beast and witty young girl. In the wolf's original form, the player can defend the prince from enemies and pull off massive feats of strength. As a princess, the player can platform through traps, overcome puzzles, and lead the prince through the world. The prince will only move when he's holding the princess' hand, and will be totally defenseless if left alone.

Though The Liar Princess and the Blind Prince is coming to the west, there are currently no plans to translate the game's audio into English. However, there will be English subtitles. 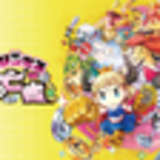 The Liar Princess and the Blind Prince
Follow
$112.00 on Walmart
Buy