Skyward Sword HD reminds us that Hyrule is in an endless cycle of apocalyptic devastation, and you play the unlucky child reincarnated forever to fight an evil pig monster.

The story of every game of The Legend of Zelda is pretty much the same: Evil monster king tries to claim a godlike wish-granting artifact, the Triforce, in order to dominate the world, and a sword-wielding fairy child and magical princess team up to stop him. There are 27 Zelda games at this point, and the vast majority are remixes of that basic idea in some form or another. And for years, that's all it seemed like the Zelda games were: different takes on the same idea, the same game revisited with interesting tweaks along the way.

Now Playing: The Legend Of Zelda Is The World's Most Tragic Video Game Series

With the release of The Legend of Zelda: Skyward Sword, though, Nintendo did a lot to recontextualize the Zelda series. Chronologically, the game is the "first" Zelda title--it marks the beginning of the series, the very first time a monster king was defeated by a sword kid and a magic princess. Casual Zelda fans might not have really thought about it, but that creates some pretty huge implications for the world the Zelda games take place in. It means that each of the adventures in the Zelda series aren't just different takes on the same apocalyptic monster-king war: They're all separate, uniquely horrific apocalyptic monster-king wars.

Skyward Sword, recently remastered for the Nintendo Switch, dictates once and for all that the Zelda games are a series of events on a timeline (or, as it turns out, multiple timelines). The series isn't definitive, necessarily, about all the events as having happened exactly as you play them--The Hyrule Historia, Nintendo's book that compiles the complete Zelda timeline(s), leans into the "Legend" part of the title to suggest that these Zelda stories might have been altered by memory or confused through retellings over the ages. But it is a sure thing that in the world in which Hyrule exists, the broad strokes events of the Zelda games have occurred, over and over, across millennia.

And that is incredibly, ridiculously, ludicrously sad.

The ending of Skyward Sword sets up the tragedy that is Hyrule, laying out why monster kings and sword kids and magic princesses continue to pop up in this world. The game tells the story of a war between Demise, some kind of big bad demon, and the good goddess Hylia. Demise wanted to rule the world and gathered all the demons into an army to make that happen. Hylia wasn't into it and gathered all the races of the world to fight back (except humans, who were getting so badly ravaged by demons that Hylia made them a magic sky island to live on instead). The goddess eventually imprisoned Demise, who stayed locked up for centuries, until he broke loose during the course of Skyward Sword. The story you play is one in which Demise is beaten by Hylia's ace in the hole: sword kid (i.e. you) and magic princess.

The Best Zelda Games, Ranked From Least To Most Legendary 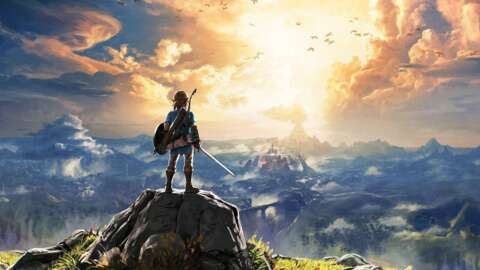 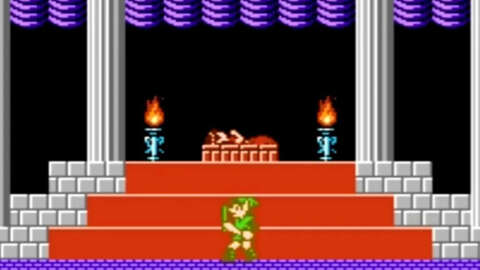 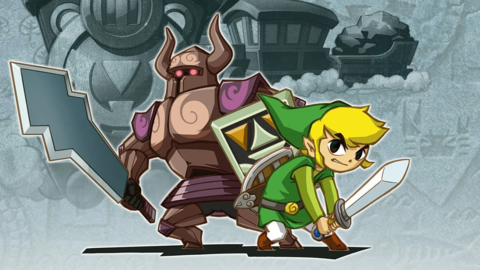 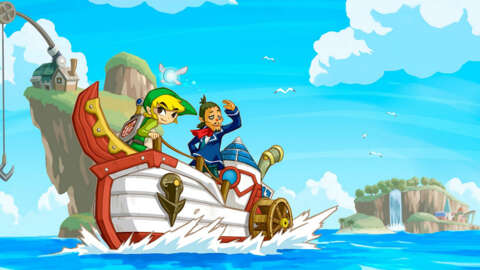 But in those last moments, Demise curses protagonists Link and Zelda with his intense hatred, dooming their descendants to continually battle against the revived monster king over and over again until he's finally victorious. And that, it appears, is what The Legend of Zelda series is: Demise coming back again and again (usually in the form of Ganon, the franchise's perennial antagonist), only to be stopped by the descendants of Link and Zelda--or maybe, the original, reincarnated Link and Zelda themselves.

Either interpretation is incredibly bleak. The Hyrule Historia isn't clear which is the true case, suggesting that the names Link and Zelda could be passed down through the generations because of the stories of heroes who previously bore them. So in one read of the Zelda games, Link after Link and Zelda after Zelda are forced to give up their regular lives and become heroes, likely because of some genetic debt passed down throughout their lineage.

In an even more horrific read, the original sword kid hero and the original magic princess are continually reborn, called into service again and again to fight a magic pig-man bent on world domination. Think about that for a second. Link and Zelda come back to life whenever Ganon shows up, and their fate is always to stop him from ruining the world. Link and Zelda don't even get to relax after they die, because eventually they'll pop back into the bodies of some Hylian babies, already in line to take on a resurrected Ganon, a demonic sorcerer whose entire deal is a.) destroying the world, and b.) killing Link and Zelda. Fun as The Legend of Zelda games might be, I get to put them down when I feel like; if you were Link or Zelda, these endless wars would be your whole existence, for all eternity.

So yeah, life is bad if you happen to be Link, whether you're doomed to serve as Hyrule's hero for eternity, or if you're unlucky enough to be born in the Link family the year Ganon decides it's time to go hunting for the Triforce again. And life is especially bad if you're Zelda for the same reasons, except you get the added annoyance of spending a lot of time during your reincarnated lives kidnapped by moblins or trapped inside a crystal or just, like, magically forced to sleep.

Even if you're not the unlucky person fated to play life-risking hero or self-sacrificing princess in this story, though, you're still not off the hook. Life is also bad if you just happen to live in Hyrule, a kingdom that has been the site of, like, 15 apocalypses.

More than once, Link has used time travel to venture into the future, finding himself in a world where Ganon was successful--he's deposed the Hylian king, destroyed the Hylian army, and subjugated the Hylian people. In Ocarina of Time, you jump seven years into the future to find Castle Town transformed into a scene from Dawn of the Dead. In The Wind Waker, the entire kingdom is flooded, a Zelda version of Water World where you play Kevin Costner with a sword and a talking boat. In Breath of the Wild, most of the world is a devastated ruin, except for the big robots that wander around and try to cook you where you stand with devastating laser beams.

Over and over again, Hyrule sees random elites fight over the Triforce, struggling to make it grant their wishes. This concerns only four people: Link, Zelda, Ganon, and (sometimes) the Hylian king. Meanwhile, everyone else in Hyrule is trying to raise chickens or farm pumpkins or tell fortunes, going about their business until these four dorks decide it's about time the world ended. Not only does their eternal war have nothing to do with anyone else who happens to live there, but their constant struggles seem to have locked the world into a never-ending Medieval age. Even when the people of Hyrule's world manage to create technology that might improve their lives, their civilization is eventually annihilated, and everyone goes back to the drawing board of human progress.

Life is bad if you're Link or Zelda, but it's also bad if you live in Hyrule, particularly because there's nothing you can do about it. One particularly heartbreaking spin-off Zelda title demonstrates this pretty definitively: Cadence of Hyrule. The Zelda/Crypt of the Necrodancer crossover episode centers on the protagonists trying to free Hyrule from Octavo, a sorcerer who lays a musical curse on the kingdom. Over the course of the game playing as Link or Zelda (or a couple of other characters), you beat Octavo's four champions--a series of enchanted musical instruments--and then Octavo himself.

It's only then that you wind up traveling through time to the future, where you realize what Octavo's whole deal was. This was a dude who, somehow, learned about the whole "endless cycle of wars against Ganon that devastate the kingdom" situation and decided to do something about it himself. He put Link and Zelda to sleep, a reasonable action given that they've so far failed to actually put a stop to the thousands of years of destruction, and started creating magical champions of his own to battle Ganon. Octavo wasn't trying to wreck Hyrule or conquer it for himself; he was trying to save it, once and for all.

When you get to the future, you find that, thanks to your interference, the evil monster king has-- you guessed it--succeeded in taking over the kingdom again. You smashed Octavo's magic warriors, so there was no one but Octavo to try to take on Ganon--and the sorcerer got thoroughly rolled. Not only do you leave Ganon to rule Hyrule for like two decades by traveling in time to defeat him in the future, but you essentially set up Octavo to get killed in the process. What a hero.

But that's what the Zelda stories are like: horrific for all involved. For Link and Zelda, these games are an endless generational cycle in which neither person (nor their descendants) can ever escape their role. For everyone else in Hyrule, your options are either to live a pastoral but boring Medieval life, or to die screaming when your generation's flavor of demon king levels your kingdom. Again. Even people who try to do something about this endless cycle of world-ending magical atrocities get smashed under the boot heel of Hylian fate--either by the resurrected demon guy, or the reincarnated "heroes" whose only function is to continually stab that demon with a special sword.

Fun as an adventure series as The Legend of Zelda is (and it is fun), it's a series that also imagines a living hell for all of its many characters. We're in the 35th year of Zelda, and with the release of The Legend of Zelda: Skyward Sword HD, we're again reminded of the thousands of years of bloodsoaked horror Nintendo has wrought on this fictional kingdom. Our only hope is that the upcoming Breath of the Wild 2 might finally mark the end of the eternal cycle of torment for the people of Hyrule, the legendary hero, the dutiful princess, and the endlessly furious demon. Please, Nintendo. Just let Link and Zelda die. Stop torturing Hyrule for our enjoyment.