The Legend of Zelda: A Link Between Worlds changed slightly because of 2DS

Zelda series producer Eiji Aonuma has said that the development team at Nintendo EAD Group No. 3 only found out about the existence of the Nintendo 2DS after starting work on The Legend of Zelda: A Link Between Worlds--which makes heavy use of the 3DS' 3D feature.

Speaking via an interpreter in an interview with GameSpot, Aonuma said that the team subsequently made some changes to ensure that the game was completely playable in 2D. "It's not that you can't play it with 2D, it's just that it becomes clearer when you have the 3D effect on. We found out about the 2DS during development, not before, and we also made changes so that we were sure that you could still play and solve the puzzles only with 2D. It's definitely still playable in 2D!"

Aonuma also stressed that players who own a 3DS or 3DS XL should try the game with the 3D effect on, and that the game might win over people who have previously found 3D offputting.

"A Link Between Worlds is being developed with 60 frames per second," he said, "and previous Zelda titles were about half that, about 30fps. The reason for this is because the 3D effect is much more stable with a higher frame rate, with the 60fps. If it's lower than it's sometimes hard for your eyes to focus on the appropriate image. We think we've created a game that even those who found it difficult previously to see the 3D effect would be able to see it better and enjoy it more with this title."

"If it was just a remake, then I think I'd be nervous about meeting people's expectations. But in this case it's a sequel, so it's the same world but it's a completely new game with completely new features. I think we've been able to create a game that's able to be enjoyed by all users, even though who have played A Link to the Past before."

In previous interviews, Aonuma has said A Link Between Worlds will also allow players to tackle dungeons out of order--but does this mean the main quest will be shorter than players have come to expect from Zelda games?

"The game itself is designed so that it's quite easy to play," said Aonuma, "and quite easy to proceed further and further towards the end of the game. So if you play it all the time directly in a row then it could be that it feels quite quick, and it finishes quickly, but then if you go and do all the sidequests it's quite a long game with a lot of content."

For more information on The Legend of Zelda: A Link Between Worlds, check out GameSpot's hands-on report of the first two hours of the game. 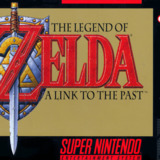