The Epic Games Store seems to have leaked the announcements of four new localized titles in the Trails series, including the long awaited Crossbell duology.

All four games are developed by Falcom and will be published by NIS America in the West. Trails from Zero is seemingly launching in Fall 2022, with the rest of the entries coming sometime in 2023. Even though these announcements were leaked via The Epic Games Store, that doesn't mean they are exclusive to the storefront. After all, Trails of Cold Steel III and IV are on both Epic and Steam.

These games also may come to consoles as well, given that these were first seen on PlayStation platforms in Japan, and NIS America is well known for providing Nintendo Switch ports of its titles. We'll have to wait for an official announcement on that.

It's also worth noting that according to the Epic Store pages, only Trails into Reverie will have dual English and Japanese audio options, while the other games will have just Japanese voice acting.

It's very likely that these four titles were planned for localization announcements later today at Falcom's 40th anniversary livestream celebration which is coincidentally, hosted by NIS America. 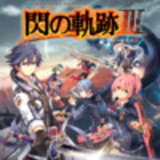 The Legend of Heroes: Trails of Cold Steel III
Follow
$43.85 on Walmart
Buy