The Hunter Coming To PS4 And Xbox One

Just Cause developer Avalanche Studios and Expansive Worlds today announced that their hunting game, The Hunter: Call of the Wild, is coming to consoles. It'll be out for Xbox One and PlayStation 4 on October 2, priced at $40 in US currency.

It contains the base game and the Tents & Ground Blinds and ATV expansions.

The Hunter is an open-world hunting game that lets you seek out game in maps set in Germany and the Pacific Northwest. The game runs on Avalanceh's Apex engine.

The animals have specific behaviour, while The Hunter also has dynamic weather events and a day/night cycle. It's a sophisticate hunting game, so you have to factor in things like the wind director to ensure that animals don't catch on to your scene.

In addition to single-player, The Hunter lets you join with up to eight people to take part in cooperative and competitive modes.

The Hunter has been available on PC for more than seven years now, picking up almost 7 million registered users over that time. 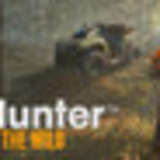 theHunter: Call of the Wild
Follow
$39.99 on Bestbuy
Buy

View Comments (11)
theHunter: Call of the Wild
Xbox One
PlayStation 4