The Hong Kong Massacre Is Coming To Switch This Month

The stylish and ultra-violent action game is coming to Nintendo's hybrid system soon.

The Hong Kong Massacre, a stylish, brutal, difficult top-down action game that hit PS4 and PC in early 2019, is coming to Switch. The shooter, a tale of revenge that wears its Hotline Miami influence on its sleeve, will release on the Nintendo Switch Eshop on December 26.

The reveal trailer below shows off how the game looks on Switch--and it looks very much like the PS4/PC versions of the game. The game will cost $20, but it can be preordered at a discounted price of $16.

Warning: the trailer below is very violent, as is the game itself.

While this version of the game won't add any new features, it's the only way to play the game on a portable system. In the meantime, you can get yourself a free digital copy of the game's soundtrack by signing up for the developer's mailing list through the game's website.

In GameSpot's 7/10 review of The Hong Kong Massacre, it earned praise for its stylish action. "It's a game that sticks with you when you're not playing it, as you think through different approaches to the room you died in last time," the review states. "You'll fail frequently, and the repetition can wear you down, but it's hard to resist the temptation of bursting through a window and perfectly lining up three kill shots." 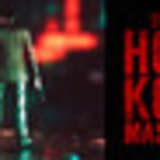