The Greatest Games of All Time: Gran Turismo

We induct Polyphony Digital's driving classic Gran Turismo into the Greatest Games of All Time.

A Ride on the 'Great Tour'

One of the oft-overlooked aspects of the original Gran Turismo was the game's amazing manual, which came in two (count 'em, two!) volumes. The first dealt with the ins and outs of the game itself, breaking down the different game modes and options while also offering some handy tips for the different parts settings that you could change on the cars in your garage. Not sure what your car's damper does? Flip to page 47 and find out.

The real gem of the documentation, however, was the second volume--a 64-page reference manual whose sole goal was to explain the ins and outs of driving fast. The differences between front-, rear-, and four-wheel-drive cars was explained, as well as what to expect when tackling complex corners in each of these very different kinds of cars. Next came an explanation of the friction circle and weight transfer, two essential racing tenets that explained the relationship between braking, accelerating, and turning at high speeds.

With detailed specs on all the cars found in the game, strategy guides for several of the famous GT original lineup of tracks, detailed explanations on car parts and setups, advanced cornering and drift techniques, and even a driver Q&A, the GT reference manual was chock-full of information to help you improve your driving ability, both in the game and in the real world. In a day where game manuals are little more than glorified legend for control mappings, the GT reference manual still stands in a league of its own.

April 30, 1998--the date the Gran Turismo series invaded US shores. No console racing game has had more influence on the games that have followed it since Polyphony Digital's original driving masterpiece--so much so that you could easily split the history of console racing games along that late-April date. Put simply, there are racing games before Gran Turismo, and there's everything that's come since. Yeah, it's that important.

Certainly, an intense devotion to realism in driving games was not a new concept at the time. But before Gran Turismo, the sim racing genre was practically the sole purview of PC gaming, where games like Gran Prix Legends and Geoff Crammond's Grand Prix series lived and thrived, the theory being that only personal computers had the computational horsepower to make for a compelling driving experience. With the original PlayStation however, developers finally had hardware that could at least approximate some of the abilities of the PC and the developers at Polyphony Digital, lead by Gran Turismo producer Kazunori Yamauchi, decided to dedicate the whole of that power into making the most realistic driving game heretofore seen on console platforms.

Gran Turismo's arcade mode was perfect for pick-up-and-play sessions, with a big car selection from manufacturers such as Nissan, Honda, Acura, and Aston Martin, all of which you could take on a number of GT's classic fictional courses (these were the days before the GT series began featuring meticulously detailed recreations of real-life tracks and locales such as Laguna Seca, Le Mans Sarthe, and New York City). The real meat of the game was found in the simulation mode, an open-ended career mode that let you choose your own path to racing glory.

You started out with a mere 10,000 credits, which was just enough cash to buy a used car from some of the many real-world manufacturers found in the game. But even before you could get out on the race track, Gran Turismo forced you to prove your mettle by undertaking a series of license tests. Unlike later games in the GT series, there were only three licenses to earn in the original game--B-class, A-class, and International A-class--though, unlike in the later games, the learning curve was pretty steep right from the start (especially when going for that ultimate mark of GT honor: all gold medals). Part of what made the license tests so challenging was the game's realistic physics and true-to-life handling of each car in the game. A license challenge that was a breeze to perform in an underpowered Honda del Sol was considerably more challenging in the much more-powerful Mitsubishi GTO, simply because the cars handled so differently. The concept of earning your way into races in GT wasn't just novel for its time, it was an important tool for learning how to drive the many different cars in the game successfully.

And what a lineup of beauties there was to drive in the game. In addition to standard makes such as Toyota, Dodge, and Mazda, GT also featured models from more high-end manufacturers such as Aston Martin and TVR. The game featured both new and used models of cars comprising a who's who of mid-90s makes and models, along with souped-up versions of regular factory models that uniformly handled like a dream. Certainly by the standards of today's 400-plus car rosters found in Gran Turismo 4, the original lineup in GT is paltry. But back then, it seemed like an embarrassment of riches for car nuts.

Of course, it was one thing to marvel at the lineup in Gran Turismo, and quite another to get under the virtual hoods and tinker around. Perhaps Gran Turismo's greatest detail was in giving console gearheads the same kind of meticulous tuning options that had been part of PC driving games for some time. Seemingly everything was adjustable on the cars--ride heights, gear ratios, spring rate--if you could put a wrench to it in real life, you could tweak it in the game. Of course, that flexibility made it all too easy to tweak out even the paltriest ride with state-of-the-art parts and a great setup, but it was still great fun.

With state-of-the-art graphics, a postrace replay mode that had graphics geeks drooling, individual car-engine sounds for every ride in the game, and unparalleled control depth, Kazunori Yamauchi's Gran Turismo was just as much a love letter to the automotive industry as it was a very fun game to play. Above and beyond all of the fun features and tweakable options, however, was the simple joy of getting into a car (perhaps the very same car you owned in real life) and stepping on the virtual gas. That was, and in many ways still is, the essence of Gran Turismo. Few of us will ever be able to step inside the cockpit of a TVR Cerbera LM Edition and go tearing off into the distance. But if you played the original Gran Turismo, you've been closer than most. -- Brian Ekberg 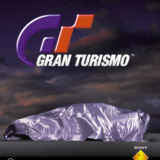