Omikron will be free until January 22.

In a tribute to the late David Bowie, Square Enix has made Omikron: The Nomad Soul free for everyone who wants to play it. Bowie played two characters and wrote music for the Quantic Dream-developed game.

Head of community Phil Elliott announced on Twitter today that Omikron is free for anybody that wants to check it out. He also mentioned that it will be free until next Friday morning, January 22, at 1 AM PST.

All you have to do is go to the Square Enix store, add it to your cart, and check out. Although Elliott says no promo code is required, that's only for the European store. North American users will have to use the code "omikron" to claim their free game.

FYI - for the Bowie fans out there, we're making Omikron: The Nomad Soul free for anybody that wants to check it out.

Just head to the Square Enix Store and add it to your basket, no code required. Free until next Friday morning (9am UK time)

Bowie's sole appearance in a video game came in Omikron, in which he played Boz, a revolutionary wanted by authorities. He also appears in the game as a nameless singer who performs illegal concerts in Omikron.

It was recently revealed that Harmonix almost put Bowie into the original Amplitude. 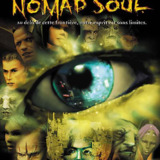