The Future of Gaming: DLC

We take a look at the future of gaming in three parts: 3D, Social Gaming, and DLC.

Where does the future of gaming lie? Will we all be rocking games in 3D? Will all our game purchases be over the Internet? And will social games take over from more "core" titles? In this three-part feature, GameSpot looks at three topics that promise to change the way we play games. Presented over the course of three weeks, The Future of Gaming will look at the rise of 3D titles, the increasing importance of downloadable content, and social gaming's impact on the games industry. Contributing to the feature are some of the biggest names in games development, who all share their thoughts, aspirations, and reservations about the impact of these three topics in the years to come. The second topic presented is The Future of Gaming: DLC.

Downloadable content (DLC) has become a vital part of the games industry. The ability to digitally distribute content directly onto consoles and PCs is changing the way developers make games and the way consumers play them. Where once upon a time downloadable content meant a new gun or two, a different-coloured pair of pants, or a multiplayer map five or six months after launch, DLC is no longer an afterthought--it is now seen as continuous, upgraded game content that more often than not takes the shape of fully realised add-on episodes that extend the life and gameplay hours of the original title. With an increasing number of AAA titles now receiving postlaunch DLC support, game developers have had to reevaluate the early planning stages of any titles they seek to make.

The transition hasn't happened without controversy. Many gamers have criticised the DLC model as a way for publishers to make more money from a single product. Some have also called into doubt the motivations of developers, who are seen to be deliberately leaving out game content in order to release it after the initial game, and at significant cost to the consumer. Both Microsoft and Nintendo have come under fire in the past for their currency system models, which trade real money in return for a certain number of points that can be used to buy games and items through Xbox Live and the Wii Shop Channel. Even free DLC has earned its fair share of criticism, with some accusing publishers of deliberately leaving out certain features of a game in order to extend the marketing life of a title after release.

Whatever its past problems, it's looking more certain that DLC is here to stay. Aside from extending the life of a game, developers have found that releasing downloadable content gradually allows them to spend less time and planning in the development stage, meaning it is likely that consumers will no longer have to wait three or four years for a AAA title to arrive. It also allows developers to gather and implement feedback from gamers, making DLC content more polished and in line with what the community wants.

So where does the future of DLC lie? Will an increasing number of titles be split up into various parts? Will all games one day be distributed as episodic content? And will gamers get on board with the economic implications of such a model?

Extending the life of games

At this month's GDC Europe in Cologne, the game industry service Electronic Entertainment Design and Research (EEDAR) presented new information about the continued growth of digital downloads. Despite worldwide game sales now exceeding US$50 billion annually, EEDAR found that most consumers purchase only two to three games per year, a significant drop from the previous average of six to eight titles per year. However, in the DLC field, EEDAR found that 2009 was the biggest year on record in the industry for downloadable content sales, a trend that is expected to continue to rise through to 2011 and beyond as longer development cycle games come to market. EEDAR also revealed that regardless of cost, 28 percent of gamers do not check for the availability of DLC, while 22.5 percent actively seek it out before launch.

Developers are unanimous that DLC is the future. Some see it as an opportunity to extend the life of games; others believe it's a way to deliver better quality titles in a shorter amount of time. Medal of Honor executive producer Greg Goodrich sees DLC as an opportunity for developers to reach out to players.

"DLC is a vital part of any project. I think that for a long time, game developers were reaching out to people once every one or two years. Now, this gives us a way to extend the life of a franchise and continue the game experience in between the major releases."

"When you really love a game, you want to live in that world as long as you can. We've all played games where we didn't want the experience to end. DLC is a great way to extend the life of a game and allow players who love that game to keep playing in that world. I also think DLC extends the value of the product--from a developer's point of view, rentals and resales are harmful to developers, and I think it's great if we can give people who bought our games more of a reason to hold onto them. DLC is a great evolution for our industry, and I hope it continues to develop further and further."

"I see DLC following the same model as it has been doing. I imagine this is because it has been so successful, meaning it will be started a lot earlier in the development process. I think it's a great way to introduce episodic content in a title and thus give it more life, bridging the gap between big releases. The development process is so long, so this appeals to both players and developers. It's also exciting because it allows developers to create further stories in a particular gameworld." 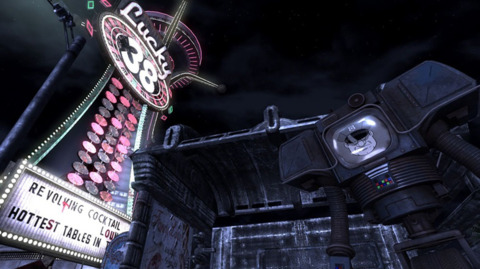 In March 2009, Capcom drew the ire of some gamers when it announced that it would be charging US$4.99 for the Resident Evil 5 Versus mode DLC, which allows up to four players to compete in two different competitive game types. Many felt Capcom had no right to charge a fee for a gameplay mode that is now the standard in most titles, and were vocal in their demand that the publisher relent and give gamers what they had already paid for. In response, Capcom remained adamant that the Versus mode remained "above and beyond" the initial scope of Resident Evil 5, making the US$4.99 price tag justified.

The controversy over DLC comes down to value versus cost. For example, many gamers found the US$2.50 price tag slapped on the infamous horse armour DLC for The Elder Scrolls IV: Oblivion laughable; the same goes for the two "missing" chapters in Assassin's Creed II, which gamers accused Ubisoft of taking out of the original game to release as paid DLC down the track (which is exactly what happened).

It has also been revealed that DLC pricing is also a matter of dispute between publishers and developers. In its April 2007 issue, Game Informer revealed that Microsoft was forcing developers to release priced DLC even when it was the latter's wish that the DLC be free, spurred by a dispute between Microsoft and Gears of War developer Epic Games. After speaking to industry contacts about the process that developers go through to get their content on Xbox Live Marketplace, Game Informer also found instances when DLC had to be delayed due to developers refusing to accept Microsoft's pricing.

Some developers recognise that a balance has to be struck when it comes to the cost and value of DLC. Spec Ops: The Line lead designer Cory Davis believes DLC is viewed in a very different way by developers and consumers.

"DLC from a consumer perspective is very different from DLC from a developer's perspective," Davis said. "Some things are just not going to be possible to do in DLC depending on the game you're making. When I see DLC today I want to see more expansion packs rather than just a few new weapons or a skin for a character. The strongest DLC we've seen expands the narrative and allows players to experience more of that game's universe in a deeper way. That's what we should be shooting for as developers--giving really valuable DLC to players."

"I think it's going to step away from little trinkets and bonus packs and properly branch between game series. Developers will start trying to make DLC more meaningful via proper chunks of game. That's where the future is headed."

"DLC is going to get a lot bigger. It's a great move for both consumers and developers--we'll spend less time worrying about shipping content upfront and more time on tweaking the game according to player response." 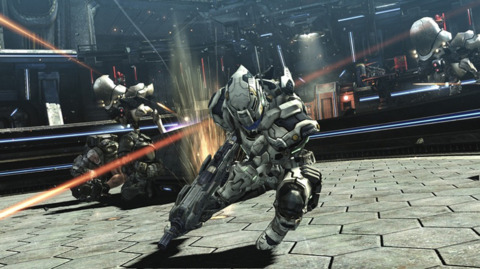 Vanquish director Shinji Mikami believes all games will one day be delivered via DLC.

A lot of developers also see DLC as a way to give small, independent studios a better chance at selling their games, meaning a more diverse games industry in the long run.

"I think DLC has a massive future. It means developers can keep working on content nonstop, and it's also a good way for smaller studios to get noticed without having to sign a huge publishing deal. I think giving a voice to developers who have amazing ideas and want to get them out there to a big audience."

Mike Fegan from Trickstar Games in Melbourne is a firm believer in the future of DLC and its impact on the industry.

"DLC is the first time where we can see content creators moving up the food chain from a business perspective. In our case, it gives us the chance to make the games we want and the ability to publish them ourselves on Wii Ware, PSN, and XBL. We're confident that DLC and digital distribution will grow dramatically over the next few years."

Platinum Games studio founder and director Shinji Mikami believes all games will one day be delivered via the DLC model.

"For a developer that is unable to sell games directly to consumers, the concept of DLC is great. I think 10 years from now, a point is going to come where DLC is going to be the primary form of game delivery, and that is exciting." Will DLC change the future of games? Let us know by leaving your comments below! Make sure you check back next week for The Future of Gaming: Social Games.

There are 345 comments about this story
Load Comments (345)