The Fast and the Furious 3D First Look

We get steamed up with a preview build of The Fast and the Furious 3D.

To slightly paraphrase Al Pacino in The Godfather: Part III, every time you try to get out of the world of high-octane street car racing, it pulls you back in. And so, having already driven through 2D Java translations of The Fast and the Furious and its sequel, 2 Fast 2 Furious, we'll soon be back in the bucket seat with a new 3D interpretation of the original movie's racing action.

This time, development duties are being handled by Juice Games, recently responsible for THQ's street racer Juiced. Not only has the team's experiences on that game fed into The Fast and the Furious 3D, but many of the staff members previously worked at Digital Image Design, responsible for cult 8-bit and 16-bit games like TFX, Epic, and Robocop 3. These guys know all about squeezing 3D performance out of limited hardware.

As Juice's director of handheld content Tim Preece explains, "Our own experiences as a developer of PlayStation 2, PC, Xbox, and PSP driving games has benefited the Fast and the Furious 3D team. They were able to work with 3D artists who had over 10 years of experience creating low-poly models--artists who knew the best tricks for coloring and lighting an environment in a realistic manner. The physics and AI programmers were able to share ideas with the most experienced developers in our studio, sharing spline-following AI technologies to ensure our AI cars were competitive when racing, for example."

Reflecting both the themes of the film and the current vogue for mod-based urban racers, TFATF3D's main career mode challenges you to a series of one-on-one street races against progressively tougher opponents, rewarding success with cash that can be spent on engine and bodywork modifications. The Java version of the game features eight races, pitting you against four successive characters from the film, while the BREW version (twice the file size, at 550k) jams in 16 races.

While the contemporary modding elements are there, The Fast and the Furious clearly owes much to the classic coin-op racers. As producer Chris Wright explains, "We've kept everything tight and focused to get that arcade feel. Before starting out, we played around a lot with the Ridge Racer controls--the way you slide, use the brake and accelerator, etc. This is a little too in-depth for a mobile game, so we made things dead simple, dead intuitive. The courses are designed so you can get around easily. We definitely want to ease the user in."

Revealing those arcade influences straightaway, the tracks are structured around a series of checkpoints that must be reached within the time limit to avoid disqualification--the old dime-guzzling setup we're used to. Although damage is accrued for hitting barriers, collision penalties are low, so you can bash and crash with relative impunity.

Currently, handling feels extremely stern. There's a pronounced oversteer, so simply touching left or right sees your vehicle swerving wildly across the road. It takes a while to get used to, but it suits the narrow roadways that a small portrait display demands. Preece points out that inspiration comes from more ambitious sources: "The handling is derived from our console driving physics systems and is pretty sophisticated for a mobile device. Modeling suspension, for example, allows us to implement drift through corners. We spent a lot of time during the early stages of development refining the handling model until we were happy that it was intuitive to control."

In the Java version we saw, there were four different circuits, taking place in two environments: downtown and suburbs. These offer the familiar range of nighttime cityscapes, with rows of shop fronts up close, orange-lit underpasses, and distant skyscrapers lining the background. Textures are simple but effective, painting a gritty, gray-smothered interpretation of inner-city life. It doesn't seem to produce the scenic variety and brash color seen in Gameloft's Asphalt Urban GT 3D, although that game runs on more powerful hardware. Also, the BREW version of TFATF3D will feature four extra daylight circuits, which should contrast nicely with these gloomy nocturnal scenes.

As for 3D performance, the frame rate is impressively smooth on the high-end Nokia 6630, apart from some judders when the two cars clash or when you hit a barrier. According to Preece, producing a playable 3D experience across the spectrum of supported phones has been a real challenge. "On both BREW and Java platforms, our priority was to keep the frame rate as high as possible to ensure that the game experience was consistent between devices. To achieve this, we had to scale the poly count in the environment across devices. For low-end Java handsets, we were looking at around 2,000 polys per frame, increasing to around 20,000 polys per frame on the higher-end BREW devices. This range of performance makes developing for 3D mobile extremely challenging."

To give you a little of that Fast and Furious flavor, comments from your street racing foes appear onscreen during and after races, either berating your poor driving or making excuses for their own poor performance. Believe us, being told by Vin Diesel that your performance is embarrassing really does wind you up more than you could imagine. And of course, it wouldn't be fast or furious without a nitro boost option--hitting 5 brings this into play, but you have to keep an eye on the rapidly diminishing nitro meter (luckily, it's possible to increase your car's Nitrous Oxide capacity in the garage).

Progressing through the main career mode also opens up extra nonlicensed vehicles (two in Java, four in BREW), although sadly, these can be used only in the arcade mode. On that subject, it's possible to unlock two extra arcade options: Speed burst simply challenges you to go for those mega fast lap times, replenishing your NOS meter at every checkpoint, while perfect lap expects you to get around as quickly as possible without any damage. These are simple but fun ways to build up that replay value.

The Fast and the Furious 3D will have its work cut out competing with the excellent Asphalt Urban GT 3D, as well as EA's forthcoming Need for Speed Underground 2. These games are infused with the spirit of Ridge Racer and its myriad copycats, and they will push the current generation of handsets to their limits. I-play's game has some really nice options and a decent structure that invites you to replay old courses to earn enough money for engine, gear, and NOS modifications before attempting the later circuits. Meanwhile, petrol heads who've been frustrated by the lack of challenging 3D racers on mobile simply cannot lose. 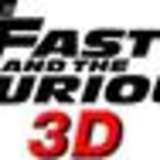 View Comments (1)
3D The Fast and the Furious