The Evil Within Is Coming Sooner Than We Thought

Horror game The Evil Within has moved its release date once again, but if you’re eager to play it the change is in your favor this time. Previously set to launch on October 21, its new release date is October 14, according to the game’s official Twitter account.

The Evil Within was originally scheduled to launch in August for the Xbox 360, PlayStation 3, PC, Xbox One, and PlayStation 4, but was reportedly delayed to October to give the development team additional time to make further balance changes and refinements to the game.

Developed by Resident Evil creator Shinji Mikami and his team at Tango Gameworks, The Evil Within will be published by Fallout and Elder Scrolls publisher Bethesda Softworks. Mikami has described the game as a true return to the roots of the survival horror genre.

For more on The Evil Within, check out GameSpot editor Zorine Te’s article about what other horror games seemed to influence the game’s two hour preview build. 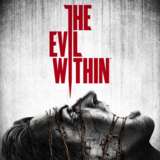 View Comments (177)
The Evil Within