Codemasters’ Colin McRae Rally launched on Steam earlier this week for $6.99, but it’s probably not the game you’re hoping for.

Though the game’s description on Steam says it’s based on content from the 90 percent Metacritic rated Colin McRae Rally 2.0 originally released on the first PlayStation, it’s actually a port of the mobile version of the game released in 2013 (which has a Metacritic score of 69 percent).

The game’s trailer also says that it’s been “remastered for HD,” and that it includes “original cars and locations.” Add to that the fact that it only mentions the mobile version once in the "About the Game" section, and one could easily come to the wrong conclusion that he or she is buying an HD remake of the classic PlayStation game.

Besides offering a fewer number of cars to drive, the game’s controls and interface were clearly originally designed for smartphones, and so it doesn’t play like the game you remember.

The Colin McRae racing game series is still around today in the form of the DiRT series, which are quite good, and are also available to purchase on Steam.

Codemasters also recently released Grid Autosport for the Xbox 360, PlayStation 3, and PC. For more on that game, check out GameSpot’s review. 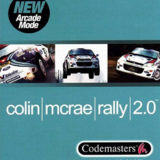