The Chronicles of Narnia: The Lion, The Witch and The Wardrobe Designer Diary #1: Getting Started

Currently scheduled for release in November, The Chronicles of Narnia: The Lion, The Witch and The Wardrobe is an action game based on the upcoming movie of the same name. The game, which will let players explore C.S. Lewis' magical world of Narnia as any of the four sibling heroes from the original books (Peter, Susan, Edmund, and Lucy), is something of a labor of love for developer Traveller's Tales, as associate producer Andy Burrows explains in his first designer diary.

It was the movie waiting to happen, and for Jon Burton, CEO of the highly successful games developer Traveller's Tales, it meant there was a game waiting to happen too. The movie, of course, was The Chronicles of Narnia: The Lion, the Witch and the Wardrobe and the enduring appeal of its story stayed with Burton long enough for him to do something about it.

Making a game from the stories of Narnia had always been a boyhood dream of Burton's. The story of what happens when four children find their way into a magical world through the doors of an ordinary wardrobe had held him captive since childhood. Given the interest bound to be generated by the film, the owner of Traveller's Tales knew he had to be involved and that he'd have to make an excellent case for his suitability. Luckily the company's historical connection with making successful, playable, movie adaptations was to play well for them, as Disney, cofinancier of the film, made the call. As Jon recalls: "It was a great day, but we knew we had a huge task ahead of us."

That was something of an understatement.

Even getting to make the game would prove an arduous undertaking. Issues over whether Disney would publish the game themselves or contract it out to another publisher hung over the proceedings. If it went to another publisher, then chances were that the dream would evaporate. Some publishers might have taken the decision to bring development in-house, so closing the door to Traveller's Tales and their plans for the game. The ideal situation was to have Disney publish it and benefit from the supporting relationship both companies had built up over the years. By March 2004 the decision had been made and Disney declared itself as the publisher.

Of course, despite the strong relationship, a formal proposal still had to be submitted. It took a playable demo to show Disney the potential to be had by hiring a company as experienced as Traveller's Tales. With that done, the company just had the "simple" task of planning and designing a game based on a movie yet to be filmed.

Developer support is high on Disney's approach list and Traveller's Tales found that even without a film to work from, the process was aided by unfettered access to the growing collection of images and resources that accompany a major film in production. With these pouring in, Jon Burton could begin to start the real work of designing a game that would remain faithful to the movie. High production values and a blockbuster screenplay would have to be carried through to the video game version through an approach tried and tested over six previous successful movie tie-ins.

As the game began to take shape, so did the script and the developers had the advantage of input from film director Andrew Adamson. This enabled the team to approach the project in the right manner. The passion of staying true to the movie vision was easy to identify with, and both Jon and his team found a neat fit when it came to early planning. It was something that would stay with them right to the end.

Traveller's Tales' aim is to make a successful "game of the movie"--giving people the chance to experience the movie in game form. Of the many options open to a developer, Traveller's Tales believes this is usually the strongest approach. It enables designers to take the action points and build the gameplay around them. Sometimes a level can come from just a single line of script, such as, "They journeyed across the lake to the frozen castle." While in the movie this might take the form of a montage of the cast traveling, in the game it could be a major event--fleshing out the world and providing an added experience for the player to immerse themselves in.

Part of this process involved deciding upon the characters and what role they could play in the game. Burton recalls the issues involved with making Toy Story, where the option of playing Buzz rather than Woody was discussed. While Buzz is undoubtedly the cooler character in video game terms, the decision was made to stay true to the film and have Woody as the central hero. It was a decision that clearly paid off. With Narnia, the choice was more complicated given the fact that there are four principal heroes. To make matters more fun, Burton decided on introducing a multiplayer cooperative play feature, which meant any gameplay had to work with at least two characters. Even this decision, as entertaining as it sounds, brought with it a whole set of issues that had to be dealt with in order to keep the "game of the movie" feel. How could certain scenes be included in the game when the book and the film only specified the inclusion of one character? When Lucy first enters Narnia she is alone. It's an integral part of the story and one that meant some shifting around of scenes. This was especially important, as it was important to make the girls--especially Lucy--compelling game characters in their own right. The balance seems to have been struck, as a recent focus group identified Lucy and Susan as favorite choices for children aged 10 and up.

Even without a definite script to work from, the task of beginning work on what will surely be one of the year's biggest brands meant that the challenge was worth keeping the dream alive all those years. 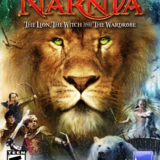 The Chronicles of Narnia: The Lion, The Witch and The Wardrobe
Follow

View Comments (1)
The Chronicles of Narnia: The Lion, The Witch and The Wardrobe