After numerous delays and years of silence, 2K has finally announced its intentions for the mysterious XCOM first-person shooter that was originally announced in 2010. The game has evolved into a third-person tactical shooter called The Bureau: XCOM Declassified, a $60 Xbox 360, PlayStation 3, and PC game due out on August 20.

The Bureau: XCOM Declassified--in development at BioShock 2 studio 2K Marin--is set in 1962 America at the end of the Cold War. John F. Kennedy is president and the U.S. public at large is afraid of a nuclear war with Russia. At the same time, the US government is establishing a secret organization to combat this threat. As it turns out, it's not the Russians who invade, it's the aliens.

"And so the same organization has to switch gears to combat the aliens. So not only are you combating the aliens for the public physically, but you also have to keep it secret so you're not creating mass hysteria and panic in the streets," explained associate producer Andrew Dutra. "This is where the origin story comes in. The Bureau is one of these organizations and it's the start of how the hero becomes the XCOM organization."

Gamers play as agent William Carter, an intelligence operative with a determined resolve. He'll stop at nothing to get the job done "no matter what," 2K explained.

Described as a third-person tactical squad-based combat game, The Bureau: XCOM Declassified borrows from the praised XCOM: Enemy Unknown. Specifically, the new game will adopt the pillars of the strategy series--Team, Tactics, Tools, Technology, and Terror--and introduce them to players in a new way.

Creative director Morgan Gray explained that being tactical is a key component of The Bureau. He said players will only succeed if they work together. "The team and tactics aspect is at the forefront of our gameplay experience," he said.

Though the Bureau will be respectful of the tone and atmosphere of the classic strategy game series, the new game--designed for hardcore gamers--puts players on the ground and in the boots of a soldier. This makes for a compelling and novel experience, Gray argues.

"When we say tactical third-person squad-based combat game, that has a huge T on that tactical; it should be underlined and printed in bold. Because we're basically trying to get a game that puts you away from the turn-based, God's eye view of the action, and puts you in the boots of the squad leader in the battlefield where the bullets are flying," he said. "You have real-time control of your squad."

In terms of strategy and tactics, The Bureau will allow players to flank, perform leap frog procedures, cover and fire, and prioritize targets within their squad. In addition, gamers will be able to unleash powers to squadmates that are unlocked through experience points amassed over the course of the campaign.

"This is basically putting you in the heat of battle and asking you to use both your brains and bullets to win," Gray said.

The stakes are especially high in The Bureau, Gray explained, because when a squadmate dies, there is no coming back. Permadeath for companions is in place for the game, and Gray believes this is a revolutionary feature for the title.

"When they're dead, they're dead for good. Now, this is obviously part of the XCOM DNA, but in the third-person space, this is like a revolution," Gray said. "The concept of 'What? My squadmates are dead and they're gone forever?' Yes. And now you still have a lot of game to go and the clock's ticking. Our plotline is always moving forward. The consequences of that loss are immediate and there's no way to hide from them. The war will not stop for you."

The Bureau: XCOM Declassified will arrive in the wake of the well-received XCOM: Enemy Uknown, a turn-based strategy game for consoles and PC. Though The Bureau and Enemy Unknown are dissimilar in genre, Gray said he does not believe this will stretch the brand too far or dilute it in any way.

"I figure good games are good games," Gray said. "I don't think myself or 2K is too worried about diluting the brand as much as our goal is…we have a brand, let's find an expression that can bring more people to the table and give more people a chance to experience it in different ways."

Overall, the goal of The Bureau: XCOM Declassified is to "expand and open up the franchise" to gamers who may have been turned off by past entries in the series, while also preserving the pillars of the classic strategy franchise, Gray explained. 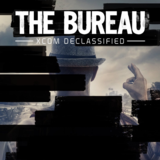