What lies beneath Stonehenge. 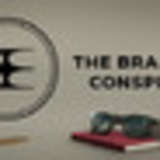 Coming from Bossa Studios and developer A Brave Plan, The Bradwell Conspiracy takes a surprisingly social approach to the familiar narrative-driven adventure. Placing you in a facility built by people with far too much money and free time on their hands, you'll gradually learn more about the isolated locale and its creators, revealing inconvenient truths about its key players and their impact on the world over. We recently got to play the opening hour of the game and learned just what was in store for this alluring jaunt into the weird.

Set in 2026, you play as an unnamed protagonist visiting the Stonehenge Museum owned by the philanthropic mega-corporation Bradwell Electronics. Following a catastrophic attack on the facility that leaves them mute and isolated from the outside world, you'll discover a massive laboratory underneath Stonehenge housing some bizarre experiments. Eventually, you'll meet with another survivor named Amber, and an American scientist looking for a way out as well. After acquiring a talking set of smart glasses, along with a portable 3D printing device, you start to uncover shocking details about the mega-corporation.

The game's world-building can often hit close to home, detailing the growing threat of inequality and encroaching natural disasters. However, The Bradwell Conspiracy often strikes a light-hearted tone. In a similar vein to first-person narrative-driven games like Everybody's Gone To Rapture or Firewatch, you're given the run of the place in order to piece together the larger story at your own pace. There was something quite alluring about exploring the hidden facility underneath Stonehenge in the opening act. With your Bradwell smart glasses, you'll be able to scan objects and snap photos of everything in the environment. These photos not only allow you to send clues to Amber, who can remotely open doors or help with puzzles; they also serve as the primary way to instigate communications with her. While this kind of back and forth is similar to the approach Firewatch took, it's far more frequent here, which means more chances to learn neat facts or to have tender moments when you least expect it.

What makes The Bradwell Conspiracy's approach to narrative especially interesting is that while you're unraveling the larger mystery of the game's story, you're also actively forming a bond with another character based on your actions. Though this is a somewhat one-sided pairing, given that your character has lost their speech, it still gives way to some surprisingly compassionate moments in your excursion. Depending on your level of willingness to share details about the environment, you'll hear more from Amber, who will start sharing information on the company and even cracking the occasional joke to lighten the mood.

During our talk with game director Georg Backer, he spoke about how bonding with Amber is an essential part of the adventure and will offer up some of the game's more nuanced details.

"We wanted to make sure that the player feels like they're in this together with Amber throughout the game," said Backer. "Given your choices in how you interact with her, people will experience the character in different ways. You can uncover these little side-stories with the character and the environment by engaging with her at certain points as well. However, if you want to forgo a lot of those moments in favor of sticking with the game's main plot, then be our guest. But from a narrative design angle, if you want to discover more about the world, together, it's worth examining further what's around you. [...] There's well over 4,000 lines of dialog, so you'll get to experience a lot from the game's main plot."

The game encourages a constant sense of curiosity throughout, and even examining simple items like table stationery can offer up some fun anecdotes from Amber. Unlike games like Bioshock, which intertwines passive-storytelling with gory action and body horror, the crux of The Bradwell Conspiracy is about uncovering strange details about the company with your fellow survivor. Considering how isolating the game can feel when exploring the ruins of the Bradwell lab, it can be easy to forget that you're not alone in your journey. In some ways, this social element is one of The Bradwell Conspiracy's most intriguing elements.

Set for release later this year on PC, PS4, Xbox One, and Switch, The Bradwell Conspiracy certainly has a lot of compelling ideas at play. Given its approach to being more socially active with your only ally, it made the strange journey feel a bit less lonely. Given its oddball humor and penchant for a sudden joke from your partner, it'll be interesting to see how unusual this adventure into uncovering a corporation's shady dealings can get.

Now Playing: Uncover The Secrets Beneath Stonehenge In The Bradwell Conspiracy

The Bradwell Conspiracy
PC
PlayStation 4
Xbox One
Nintendo Switch
Got a news tip or want to contact us directly? Email news@gamespot.com