The Binding Of Isaac's Final Expansion Is Coming This March

One of the biggest names in roguelites is getting its final expansion soon, when the Binding of Isaac: Repentance comes in March.

This year will mark a decade since the release of The Binding of Isaac, the monster roguelite that launched a thousand roguelites. But while it's been seven years since the major expansion Rebirth, and four years since Afterbirth added better mod support, Isaac will get one final major expansion to close out the game.

Titled Repentance, this expansion officially adopts a lot of content from Antibirth, a popular mod for Isaac that was released back in 2016, and several of the developers behind Antibirth are working with lead developer Edmund McMillen to put the game together. According to McMillen, Repentance is a sequel-sized expansion that is to the current game as the Rebirth was to the original flash version of Isaac.

Though many other roguelites have followed in McMillen's wake, most recently the smash-hit Hades, The Binding of Isaac is still arguably the biggest game in the genre, with many streamers still playing the game to this day. Given its pedigree and legacy, It remains to be seen if fans will embrace the changes that Repentance will bring to the game, since previous expansions have proven controversial among the game's fanbase at times. 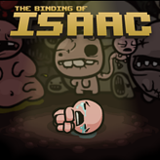 View Comments (3)
The Binding of Isaac