The Biggest FPS In The World Is Becoming A Movie

The hugely popular first-person shooter CrossFire is becoming a movie. Variety reports that Sony Pictures has landed the rights to make a movie based on Smilegate's shooter, which by some accounts and definitions is the world's most popular FPS.

Fast & Furious producer Neal Moritz is producing the movie, which is written by Chuck Hogan. Hogan wrote the Benghazi movie 13 Hours. He also wrote the book Prince of Thieves, which Ben Affleck adapted into the Oscar-nominated movie The Town.

Tencent Pictures, the movie arm of the Chinese internet giant that owns shares in numerous video game developers, is co-financing and co-producing the movie. The film was actually announced back in 2015, but as is often the case in Hollywood, things can move slowly.

CrossFire launched in 2007 and has become an immensely popular game thanks in part to its growth in Asia. Smilegate reports that CrossFire has more than 650 million registered users and has reached 8 million peak concurrent players, which makes it the biggest game in the world.

There is no word on the plot, the cast, or a director for the CrossFire movie, while it's also unknown if the movie will be released internationally or only in Asia where the game is more popular. Keep checking back with GameSpot for the latest.

A new version of CrossFire called CrossFire X is coming to Xbox One, while Alan Wake developer is working on the single-player campaign for multiple new CrossFire games.

CrossFire is not the only FPS that is being spun into a movie. Activision's new movie division has announced plans to make multiple Call of Duty movies, one of which will be written by Black Panther's writer. 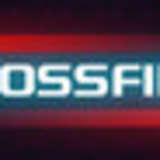