These curved monitors will make your games more immersive than ever.

Curved monitors offer a more immersive, and in some cases more comfortable, gameplay experience than most flatscreen displays. The wide aspect ratios on these displays show more of the game, while the curved screen puts the action in your peripheral vision so you can keep better tabs on more of your surroundings. And with gaming-friendly tech like super high refresh rates and low response times now standard on most monitors in general, it’s never been better to grab a curved monitor for your desk.

If you have the space for one, that is.

Curved monitors can take up a lot of desk space, especially ultrawide and super-ultrawide models, but it’s a simpler and more elegant setup than running multiple displays at once (unless you need two dedicated monitors for work or streaming, of course).

To help you find a new display that fits your desk and your budget, here are our picks for the best curved monitors available right now. Our list includes monitors with multiple display types and aspect ratios, including 16:9, 21:9, and even 32:9. We also made sure to include models with USB pass-through and other cable management features that help if you need to rearrange your desk to make room for these large displays. 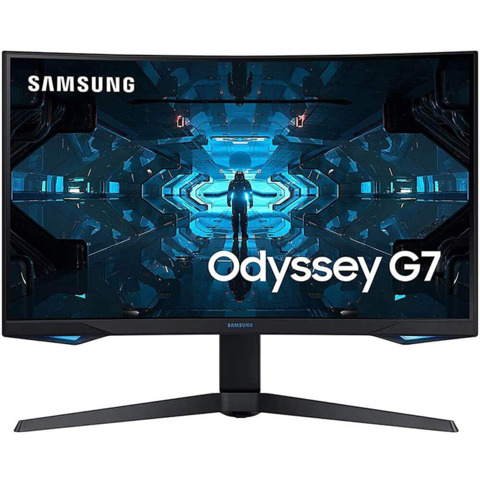 The monitor’s 2560x1440 (16:9) screen is 32 inches wide, which isn't too much larger than other PC gaming monitors, but what makes it special is its 1000R curve. That’s a much more dramatic bend than other curved monitors, and Samsung claims this matches the curvature of the human eye and results in a more comfortable viewing experience. There’s also a 27-inch model that’s slightly cheaper and has sharper pixel density, but the 32-inch model is more immersive.

The Odyssey G7 uses a VA panel, which are notorious for poor off-angle viewing, but it won’t be an issue if you’re sat directly in front of the monitor. Its edge-lit dimming isn’t the best either, but everything else about Samsung’s Odyssey G7 makes it a top-pick for gaming. Specifically, it supports both G-Sync and FreeSync Premium Pro variable refresh rate technologies and features up to 240Hz refresh rate and 1ms response time. That means smooth visuals and lag-free keyboard or controller input on just about any modern gaming PC, and the Xbox One and Series X/S.

Unfortunately, the Odyssey G7 does not support HDMI 2.1, so you can’t use VRR over HDMI (the monitor has a single HDMI 2.0 port). However, the 60Hz mode should still be excellent for console gaming, too. 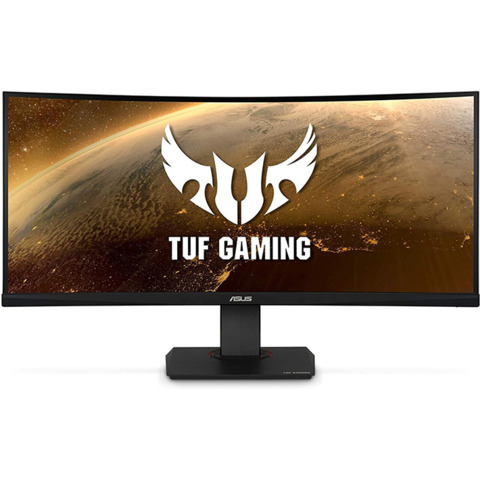 ASUS has several monitors in its TUF Gaming line, but the VG35VQ is the one to get for anyone with an Nvidia card thanks to its G-Sync compatibility. It also supports FreeSync, so you can get the benefits of the monitor’s VRR of up to 100Hz (and 1ms response time) regardless of whether you’re running an Nvidia or AMD GPU in your rig. That said, G-Sync support is less common than FreeSync, and there are few G-Sync compatible curved monitors with these specs at this price.

The VG35VQ’s 35-inch screen features an ultrawide 21:9 aspect ratio and 3,440x1,440 resolution, and HRD10 support. The 1800R curve is gentler than that of some other monitors, and it gives you a colorful, crisp picture that will fill your peripheral vision while you play.

The VG35VQ is another monitor with a VA panel, so don’t expect this to work well from offset viewing angles. That likely disqualifies it for users that need a screen they can use for local multiplayer games, but the VA panel also helps keep this ultrawide monitor’s price lower than other models. That doesn’t mean it’s low-quality, however: VA panels offer great contrast and are block glare, so the VG35VQ is a dream for immersive single-player gaming when viewing from the proper angle. 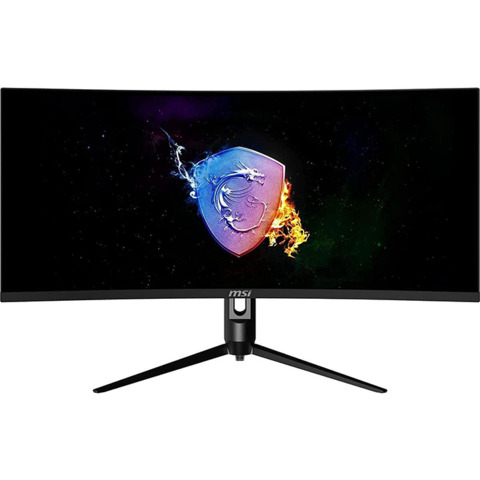 For those running an AMD GPU, MSI’s Optix MAG242CQR is an excellent monitor in this price range. The screen measures 34 inches wide with a 1500R curve, and can display games in 3440x1440 resolution. The refresh rate also tops out at 144Hz, and the Adaptive-Sync mode works with any FreeSync-compatible device.

MSI keeps the price of the Optix MAG342CQR comparatively low by using a VA panel. As we’ve already mentioned, VA panels offer great contrast, black levels, and response time, and the picture looks great in both dark and brightly lit rooms. The only drawback is the limited viewing angle compared to IPS panels, but that’s only an issue if you’re sitting far away or you’re sharing the monitor with multiple other players. For fast-paced single-player games, though, this is an excellent pick. 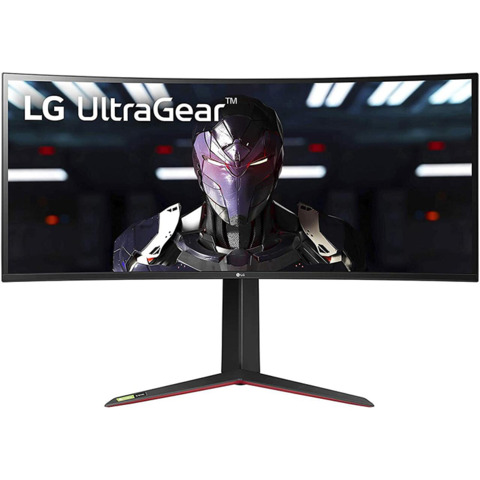 Here’s another 34-inch 21:9 ultra-wide display, but unlike many of our other picks, LG’s UltraGear 34GP83A uses a nano IPS panel. IPS panels are essentially the inverse of VA panels, offering much better viewing angles in exchange for comparatively lower contrast ratios (though color accuracy is virtually identical between the two screen types). If you plan to play local co-op games, everyone should be able to see what’s on-screen here--provided there’s not much glare from windows or lights to deal with.

The UltraGear 34GP83A can reach refresh rates up to 144Hz and sports a 1ms response time. The monitor also supports VESA’s Adaptive-Sync, which is the same technology AMD’s FreeSync is built on, as well as Nvidia’s proprietary G-Sync. As long as you have a GPU or gaming console that supports one of those technologies, you can take advantage of the monitor’s VRR setting to eliminate screen tearing and keep your gameplay smoother. 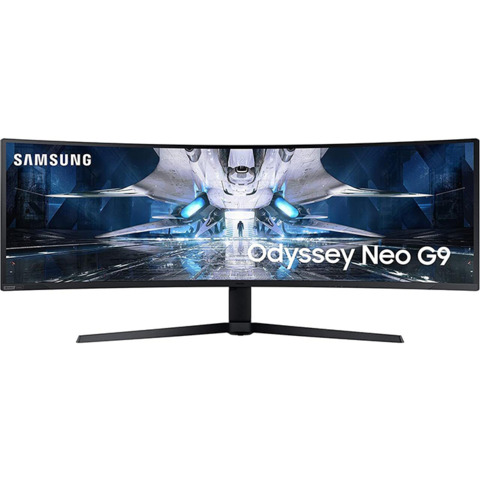 You know how in mecha anime, the pilots are often surrounded by a giant, seamless screen in the cockpit? That’s sort of what it feels like to use Samsung’s massive Odyssey Neo G9. The 48.9-inch monitor pushes the aspect ratio to an extreme 32:9 with a 5,120x1,440 resolution and a 1000R curve.

Samsung used a bright QLED panel for the Odyssey Neo G9, and along with its native HDR10 and HDR10+ support, colors pop on this big screen. The monitor also hits up to 240Hz refresh rates and supports G-Sync and FreeSync Premium Pro.

Bear in mind the Odyssey Neo G9’s physical footprint is as big as its price tag. But if you have the desk space and cash to spare, a monitor like this will give you one of the most immersive visual experiences outside of a VR headset.