The Banner Saga 3 Confirmed With Kickstarter Campaign, Is The Last Game In The Trilogy

Stoic Studios is looking to raise $200,000 to make the last game in the trilogy.

After discussing the prospect of making a third Banner Saga game last year, developer Stoic Studios today launched a Kickstarter campaign to raise money for it.

The independent studio is looking for $200,000, funds that would go towards adding "additional features." The studio is investing its own money into the project as well.

The Banner Saga 3 is to be the last game in the turn-based trilogy inspired by viking culture, and Stoic said it is driving for the game to be a "worthy, climatic conclusion."

Kickstarter is nothing new for Stoic, as the first Banner Saga was successfully funded on Kickstarter back in 2012. "We're going full circle and returning to Kickstarter where it all began," Stoic founder John Watson said in a statement. "We're proud to be indie, and despite the stellar support we get from our publisher, Versus Evil, we're not taking any outside funding to bring this series home, we'd love Kickstarter support to add additional features that are simply beyond our current budget."

Here is the official description for The Banner Saga 3:

Pledges of $20 or more include a copy of The Banner Saga 3 for PC or Mac, available through Steam or GOG. There are multiple pledge tiers above $20, including a $5,000 option that lets you become an executive producer on the game. Adding $20 to any pledge level gets you copies of the first two games.

"To produce a game of this quality will not be cheap," Stoic cofounder Arnie Jorgensen said. "We'd love more custscenes, more animations, bossfights, and basically more time to do it right."

Stoic is also hoping to bring back composer Austin Wintory to make the music for The Banner Saga 3.

"Everyone that has played Banner Saga knows how important the score is to the emotion and mood of the game," reads a line from the game's Kickstarter page. "This world renowned composer has been with us from the start and will be with us to the end, but he’s fighting battles to make our current budget work. Let's give him the means to make it everything he knows it should be!"

A release date for The Banner Saga 3 has not been announced. Go to the game's Kickstarter page to learn more. 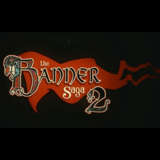