The Agency undercover until late 2011 - Report

Sony's spy-versus-spy massively multiplayer PlayStation 3 and PC title The Agency was first unveiled at D.I.C.E. 2007 under the working title "Vista." Months later, it was officially uncloaked as The Agency, a persistent online shooter in which players can step into the world of international espionage.

At the 2010 Electronic Entertainment Expo in June, The Agency associate producer James Karras told GameSpot the title is taking an "it's done when it's done approach." Now, it appears the game won't be done until the second half of next year.

Speaking with gaming blog Kotaku, Sony Online Entertainment CEO John Smedley revealed that The Agency won't arrive until late 2011. "There was a moment in time in our company where we looked at our own stuff with a clear eye and saw we have to do better," Smedley said. He referenced SOE's DC Universe Online, which also suffered a delay, and noted how pushing that title has benefited that project. "DC Universe was held for a year-and-a-half from when we wanted to launch it, and now I'm very happy with it."

The Agency has players working for one of two main factions with the ultimate goal of controlling the world. As should be expected of a game that seeks to put players in the role of a Fleming-esque hero (or villain), The Agency will feature adventures in far-off lands, assassinations, illicit drug trade, sabotage, undercover sleuthing, and betrayal.

For more on The Agency, check out GameSpot's hands-on preview. 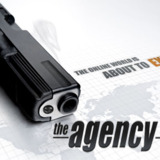