That Weird Russian Halo Multiplayer Game Has Been Canceled

Halo Online is no more, the developer announced today.

Halo Online was first announced in 2015 as a PC-exclusive multiplayer Halo game--but only for Russia. Following a period of early-access tests and development difficulties, the developer announced today that the project has been canceled.

Writing on the Russian social media website VKontakte, a member of the development team explained that work on the game had ceased. The user, called "Fogeyma," expressed disappointment at the turn of events, and chalked it up to management failures.

"We have told you that the [development] break would be temporary and [work on] the game would start again soon," Fogeyma wrote on VK in Russian. "Like you, we have been waiting for news about development and hoped for an announcement soon. But for the past six months, our colleagues at Microsoft have not made decisions on the future of the project. Now only one thing is known--the game in its current form will not be released."

Fogeyma goes on to explain that the game's social media channels will be closed and the game will effectively be no more.

Halo Online was released in a beta form for a few months, but developer Saber Interactive decided to shut off the servers in December last year in order to focus on ironing out issues. Until today, Saber hadn't said much about the development status of the project.

This doesn't mark the complete end of Halo Online, however. There's a fairly robust community of players who use a modded version of the game to play in the United States. The mod's called El Dewrito, and while it's not sanctioned by Microsoft, it nonetheless receives frequent content and stability updates. You can read more about it over at the Halo Online subreddit. 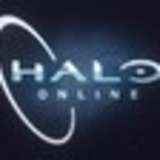