That Girl Is Poison

GameSpot's Carolyn Petit reflects on the portrayal of gaming's most prominent transgender figure.

Street Fighter X Tekken has been out for a week now. It's a significant game for a number of reasons, but for me personally, no reason is more significant than its inclusion of Poison as a playable character.

I can't discuss why this matters to me without getting personal, so let's get personal: I'm transgender. Speaking for myself, I can say that growing up was very painful. The contrast between who I knew I really was and who everyone else expected me to be was frequently excruciating. But video games were a valuable means of temporary escape, a way to enter a world where I could leave this painful fact of my life behind and connect with something directly. They gave me a place where I could face and overcome challenges that reminded me I could also overcome the challenge of getting through another day in the real world. 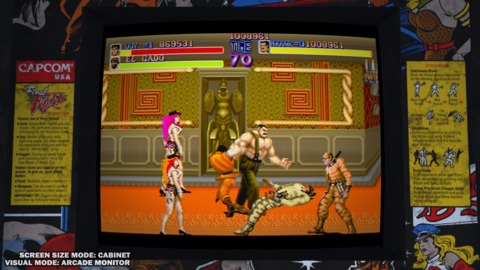 Who could have predicted that Poison would go on to create such a stir?

On very rare occasions, video games managed to find a way to remind me of my real-world anguish. I remember feeling a bit hurt when I read the manual for Super Mario Bros. 2, which described Birdo as a boy who believed he was a girl and wanted to be referred to as Birdetta. Clearly, Birdo's feelings were presented as a joke, and I wondered, then, if I were a joke. But more often, games inspired me. I felt a kind of pride in the revelation that Samus Aran, intrepid explorer and intergalactic bounty hunter, was female. Just like me.

The fact that anyone at Capcom ever thought it was acceptable to treat Poison's identity as something to be mocked and denied stings.

In the years since I first read about Birdo, I've encountered very few transgender characters in games. However, one video game character has served as a kind of lightning rod for discussion of transgender issues: Poison. Now that Poison has taken on her biggest, most attention-getting role yet, there's plenty of talk out there about her convoluted history, but I'm not interested in rehashing the details here. I'm interested in exploring why her identity matters to me.

When I first encountered Final Fight in an arcade in about 1990, I was immediately enamored with it. Metro City's slums and subways were wonderfully grungy, and wrestler-turned-mayor Mike Haggar was a fantastic hero who in my mind rivaled any character played by Schwarzenegger on the big screen. Playing as Haggar, I would pile-drive the female Mad Gear thug Poison with all the enthusiasm with which I pummeled all her male counterparts. After all, I'd already fought against Linda in Double Dragon, and I didn't go easy on her, either. The way I see it, if you're going to kidnap someone and then use physical force against those intent on rescuing the person you've kidnapped, you deserve to get clocked. Also, if you're a video game character, you can't feel actual pain.

But apparently someone somewhere took issue with the idea of clobbering sprites that resembled women. So for the SNES version of Final Fight, Poison and her fellow Mad Gear girl Roxy were replaced with male thugs Sid and Billy. Poison was far from out of the picture, though. 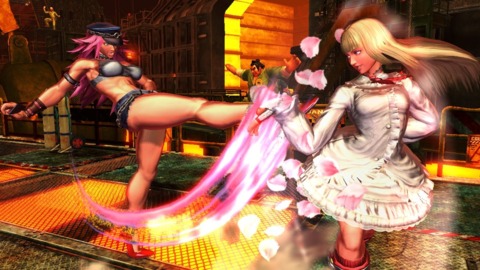 Now Poison is holding her own in Street Fighter X Tekken.

A new video on YouTube about Poison indicates that she was originally designed as a transgender woman, which would be fine with me, except that here in the US, Capcom has often treated this aspect of her identity as an appropriate subject for ridicule. Initial win screens for characters that defeated Poison earlier in the development of Street Fighter X Tekken showed them saying things like, "Your looks can really be deceiving! I should be careful not to fall into your trap," and "You're not very ladylike at all. I felt like I was fighting against a guy…" In other words, these characters were denying Poison her identity, and this can be extremely painful for transgender people.

Capcom denied Poison her female identity in other ways, too. At one point, the game's official site said of Poison, "She may look like a finely curved woman, but looks can be deceiving." The win quotes and the website text have been changed, but the fact that anyone at Capcom ever thought it was acceptable to treat Poison's identity as something to be mocked and denied stings. She clearly identifies as female and lives her life as female; for a video game character as for a real person, this should be all anyone needs to know. She is female in every way that should matter to anyone. 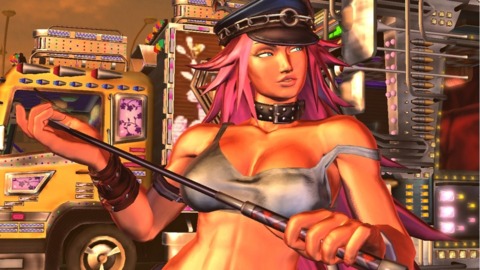 Poison knows who she is. If you have a problem with it, that's your problem.

We mock what we don't understand, what scares us, or what makes us uneasy. Most of us only need to think back to our days in middle school to see proof of this; it's the kids who are different that are the targets of bullying and mocking. It's saddening to see this same juvenile attitude reflected in Capcom USA's approach to Poison, and it's all the more striking when you consider that this deep-seated anxiety and the accompanying cruelty it breeds isn't mirrored in Japan. If Poison's treatment is any indication, we have a particular level of discomfort with transgender people here in the United States.

She clearly identifies as female and lives her life as female; for a video game character as for a real person, this should be all anyone needs to know.

Problematic as the apparent origins for her transgender status are, I'm glad that Poison exists. In general, I want more transgender characters in games. But sometimes I think that Capcom's handling of Poison only encourages people to mock her--to see her identity, and the identity of transgender people in general, as less than fully legitimate. Even the seemingly well-intentioned documentary about Poison on YouTube is not without its problems; it frames the dichotomy of Poison as one between her being "transgender" and "100% female," as if those two things were mutually exclusive. As someone who has always felt that I am 100 percent female in mind and spirit, and who felt that pretending to be a boy was the lie, this makes me wonder: What percent female, exactly, are transgender women like me?

So if nothing else, Poison helps to illuminate the fact that we still have a long way to go in our understanding and acceptance of transgender individuals. In an ideal world, in my opinion, Poison's debatably transgender identity would be just one detail of her character, no more of an issue than Ryu's race or Guile's hair color. But we're not there yet, not by a long shot. My hope is that in the future, Capcom treats her with the dignity she deserves. But in the meantime, Poison seems secure enough in her own sense of identity to not give a damn what Capcom thinks, or to be fazed by the comments of players who may make fun of her.