Hudson's explosive mascot makes his way to the PlayStation Network.

Last year's Bomberman Live was something of a rejuvenation for the long-running series, thanks in large part to the eight-person online play, which lent a new sense of chaos to the game's otherwise familiar formula. Now Bomberman is coming to the PlayStation 3 in the form of Bomberman Ultra. Hudson has the game running at the Tokyo Game Show, so we had a go with it to see how well the little blue-and-white mascot is making the transition to Sony's console.

Anyone who played Bomberman Live will notice that Ultra has a similar feature set, which isn't necessarily a bad thing given Live's generally glowing critical reception. You can get a four-player local match going, or bring those four bombermen into an online match of up to eight players. Matches can be customized to high heaven with a variety of settings, ranging from 14 locations to 16 different power-ups.

A big part of Bomberman Live's appeal was the ability to pick up costumes amid the frenetic chaos of normal matches, and that part thankfully hasn't changed. You can still dress up your bomberman as a cowboy, pirate, Greek soldier, robot, or some horrible mishmash of everything.

In terms of controls, you won't be surprised to learn that Ultra feels much the same as nearly every Bomberman game that arrived before it. However, those making the adjustment from Live ought to appreciate the sharpness of the PlayStation 3's D pad when you're making sharp corners in the heat of battle compared to the relatively mushy Xbox 360 D pad. But that's really just nit-picking; both games control quite well, and the myriad power-ups and eight-player online mode just add to the fun.

As of today, no release date or price have been announced for Bomberman Ultra. We'll keep you updated on those details as they arrive. 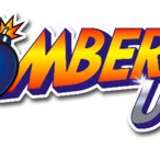