Genki's new samurai action game has you keeping the peace and dispatching the not-so-honorable.

At Konami's massive TGS 2003 booth, we got to play one level from Fu-un Shinsengumi, a forthcoming samurai game from Genki that's scheduled for release this year in Japan. The game casts you as a member of a samurai group that's been tasked with keeping order in a classical Japanese period of chaos and unrest, and as any good samurai would, you'll do this with your trusty blade. From our initial experience with the game, Fu-un Shinsengumi seems like it'll be a pretty involving and rewarding action game.

At the beginning of the demo mission, we were allowed to pick two teammates to accompany us into a mansion to save some captive geisha girls from what appeared to be a group of menacing thugs. The various allies on offer had numerical ratings that presumably corresponded to their combat prowess, and we had a finite number of points to spend on recruiting them. Once we entered the estate, we had to contend with a number of enemies roaming around the house. The combat in the game is fairly straightforward--you can block, slash, and also put away your weapon when necessary. Also, in a cold-hearted but utilitarian move, you can approach an enemy you've knocked down and preempt their remaining life bar by simply stabbing them in the heart and killing them instantly. Unfortunately, this also happened to us when we encountered the powerful boss fighter on the upper floor of the mansion.

Overall, Fu-un Shinsengumi has a solid graphical style and very Japanese aesthetics, and though we only had a few minutes with the game, it looks like it will have some depth to it. The game isn't currently scheduled for release in the United States, but it features solid enough action mechanics that it just might be scooped up by an American publisher sometime down the road. Stay tuned for more if and when that happens. 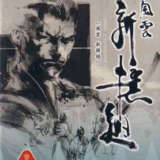