We speak with Symphony of the Night and Harmony of Dissonance producer Koji Igarashi to get his thoughts on the final version of Harmony and the future of the Castlevania series.

Just before the start of the Tokyo Game Show, we had a chance to drop by the Konami Computer Entertainment offices to speak with Koji Igarashi--the producer of Symphony of the Night and the recently released Harmony of Dissonance for the Game Boy Advance--and discuss Harmony of Dissonance, Circle of the Moon, and the future of the Castlevania series.

GameSpot: Can you give us a little insight into your background at Konami?

Koji Igarashi: I've been working at Konami for over 10 years. I worked on Twin Bee and Gradius II for the PC Engine, or the TurboGrafx, as it's called in the US. But the first time I got involved with the Castlevania franchise was with Symphony of the Night. I was writing storyboards for the game, and then halfway through development I took over direction for the game as well.

GS: Now that Harmony of Dissonance is available in both Japan and North America, what are your thoughts on the final version of the game?

KI: Castlevania fans were very excited when it was released, and I'm very happy about it, even though it hasn't been a huge hit in Japan.

GS: Were the game's developers able to incorporate all the ideas and content they wanted to?

GS: How difficult was it to make that sort of game with the Game Boy Advance hardware?

KI: We didn't have that much difficulty with GBA development, to be honest. For something like the PlayStation 2, you have to catch up with the technology and the programming. But with the GBA, you can focus on just the game instead of the technology, and that's what I was able to do with Harmony of Dissonance.

GS: What do you think of Circle of the Moon? Was it used as a reference during the development of Harmony of Dissonance?

GS: In a previous interview, you mentioned that you would like to make the Castlevania universe identifiable. Does that mean we'll never see games in a dramatically different setting or with vastly different items and weapons?

KI: I really can't tell you much, but we're in development on another project right now. You might see some different features in the game that will make people say, "Oh, this isn't Castlevania." I would like to maintain what we have with the series, but at the same time, I want to challenge that and present a different type of Castlevania.

GS: Will we be seeing more Castlevania games on the Game Boy Advance?

GS: Do you think you're limiting what you can do with the series if it continues on the Game Boy Advance?

KI: I think the GBA hardware doesn't present a problem, but the limitation comes with the visual presentation. If you want to do something really great, then you'll have to choose a different piece of hardware. But if you don't care that much about graphics, then the GBA isn't that much of a problem.

GS: Would you ever consider supporting the GameCube-GBA connectivity feature or the e-Reader in future Castlevania games?

KI: The connectivity feature is a good way to enhance the Castlevania world, but I'm actually more interested in doing an online Castlevania game.

GS: What's your favorite game in the Castlevania series?

KI: I like Castlevania III: Dracula's Curse the best.

GS: Speaking of some of older Castlevania games, on the Castlevania Chronicles disc, you mentioned that you would like to rerelease Dracula X: The Rondo of Blood. Is that still happening?

KI: I want to put that game into a second Chronicles game, but there are a lot of technical things on the company side preventing that from happening. I want Castlevania fans to send us e-mails saying that they want this, so we can move on to the next step. 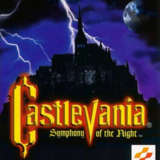