We mix it up offline and online in the upcoming 360 installment in Namco Bandai's beloved superdeformed strategy role-playing series.

TOKYO--If there was one game we saw in motion at Microsoft's TGS press conference that demanded to be played, it had to be Namco Bandai's Super Robot Taisen XO (aka Super Robot Wars XO), an installment in the long-running strategy role-playing series for the Xbox 360 that's based on the GameCube game released in 2004. Upon finding it in Microsoft's booth, we were pleasantly surprised to see two playable demos on display, offline and online, which was pretty much all we could have asked for at the show (well, that and a US release, so one out of two isn't bad). We quickly queued up to get our hands on the superdeformed action to see if the Xbox 360 is man enough to handle mobs of squashed robots duking it out.

The offline game played exactly like the GameCube installment in the series it's based on and lets you choose to play as one of two characters, male or female, and one of two mechs. After we made our choices, the story kicked off, and we had to flip through several minutes' worth of text-based story screens that introduced the cast of characters in the game. Once the setup was out of the way, drama hit in the form of evil robots arriving and causing mayhem around town--bad for the locals, great for gameplay. We were tapped to help in the fight and got backup from a local teen and his mech. The battle played out exactly like the previous games and featured turn-based combat, a 2D grid to move your bots on, and dramatic battle cinematics.

The online game offered the same basic experience but let us fight another player at the show. The experience was slightly different from the offline game and appeared to revolve around four mechs standing in an open field taking turns pummeling each other. We were put in control of two preset mechs and went at it. The only choices to make in the demo were what attacks to use and when to unleash them. One interesting Xbox Live function we noticed while poking around the menus was a trade mode that presumably will let you trade items with friends.

The control is menu driven and should be a breeze to get a handle on if you're familiar with the previous games. You'll be able to move your bots around the field, attack, transform them, fly, land, and use special abilities during battle. During intermissions outside of battle, you'll find a wealth of menus to let you customize and upgrade mechs and pilots.

The visuals in the TGS version of the game were a little underwhelming and lacked some polish. At the moment, the game doesn't look like the dramatic improvement over the GameCube visuals we were hoping for, especially given the assorted hotness on display throughout Microsoft's booth. Though the 2D grid looked fine, the 3D cinematics weren't all that impressive.

The audio offers up the same basic array of voice, sounds, and theme songs as the game it's based on, only in upgraded form. You'll hear a fair amount of voice to dress up dramatic story moments in and out of battle, plenty of mech sounds ranging from weapons fire to all manner of clanks during battle, and a copious number of theme songs for each of the specific mechs.

Based on what we played, Super Robot Taisen XO is shaping up to be a solid little game for the Xbox 360, which is good and bad--good, because Japanese gamers will get to play an installment in the long-running series that includes online play, and bad, because there's next to no chance this game will ever hit the US, barring a licensing miracle of epic proportions. Super Robot Taisen XO is slated to ship later this year for the Xbox 360. Look for more information about the game in the coming weeks. 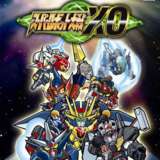