TOKYO--After the original Kingdom Hearts was released in 2002, Square Enix took the liberty of releasing its English-dubbed version in Japan so that Japanese Disney fans could enjoy the game with its original American voice actors. Square Enix will be doing the same with Kingdom Hearts II, but this time there's going to be an extra incentive for Japanese gamers to pick it up.

At the Tokyo Game Show, Square Enix announced it will release Kingdom Hearts II: Final Mix + in Japan. The game will be based on the American release of KHII, meaning that all the voices are dubbed in English with Japanese subtitles. The game will also feature a few extra updates, such as additional event scenes, battles, and map secrets.

Fans of the Kingdom Hearts series will be interested to hear that Square Enix is releasing the game as a two-DVD set. The second disc will contain extra bonuses, including a complete PS2 remake of the Game Boy Advance game Kingdom Hearts: Chain of Memories.

The game will play with full 3D graphics, and some of the event scenes will feature voices (in Japanese, not English). Square Enix was scarce on details, but it promised that the remake would also have some other additions that weren't featured in the original GBA version.

Kingdom Hearts II: Final Mix + is slated for release in Japan in spring 2007. 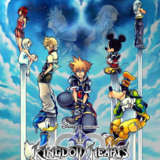 There are 270 comments about this story
Load Comments (270)