No word yet on a video game adaptation.

Update: In a press release, Tetris Company managing director Henk Rogers chimed in with some additional thoughts on the upcoming film. "What started as a simple, computer puzzle game 30 years ago, today is part of our global consciousness, connecting people of all ages and backgrounds and feeding our innate desire to create order out of chaos. We look forward to partnering with Threshold Entertainment to re-imagine that common experience and bring a spectacular new Tetris universe to the big screen for the first time. In this new universe, as you'll soon find out, there's much more to Tetris than simply clearing lines."

Original Story: When you hear that the best-selling game of all-time is being made into a movie, it probably doesn't sound like such a surprising thing--you know, until you consider that the game in question is Tetris.

The Wall Street Journal today reports that the Tetris Company and Threshold Entertainment are working to bring the iconic puzzle game to the big screen. Neither a director nor actors have been signed on as of yet, but a story already exists for what Threshold CEO Larry Kasanoff describes as "a very big, epic sci-fi movie."

As that description might suggest, the movie isn't likely to star the game's Tetriminos (the official term for those in-game blocks). "This isn't a movie with a bunch of lines running around the page," Kasanoff said. "We're not giving feet to the geometric shapes."

That sounds like a blown opportunity for an edgy buddy cop movie. Still, if Threshold is making an "epic sci-fi movie," one has to wonder why the Tetris name is being used at all.

"Brands are the new stars of Hollywood," Kasanoff explained. "We have a story behind Tetris which makes it a much more imaginative thing."

He added, "What you [will] see in Tetris is the teeny tip of an iceberg that has intergalactic significance."

Kasanoff has experience with films based on video games, as he was involved with the production of Mortal Kombat and Mortal Kombat: Annihilation in the '90s.

There's no word as of yet on when the film will be released. Tetris recently celebrated its 30-year anniversary, and Xbox One and PS4 versions of the game are in the works in the form of Tetris Ultimate. 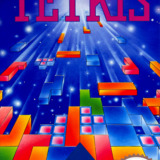