From the Phillips CD-i to the Wonderswan Color to the Nuon, Tetris has appeared on just about every major gaming platform since the days of the NES, with one glaring exception. That exception will be remedied shortly, as Electronic Arts today announced that Tetris would arrive on the PlayStation 3 next month.

Developed by EA Mobile, the PS3 edition of Tetris will launch as a downloadable title on the PlayStation Network. While the game will include the standard single-player Marathon mode of Tetris play, it will pack in a variety of competitive and cooperative multiplayer options for up to six players. Up to four players can play their own Marathon mode at the same time locally, and a new Challenge mode features a dozen variants to the Tetris formula. Additionally, players will be able to compete against "replays" of their friends' games to see how they stack up.

Beyond game modes, Tetris for PSN will include worldwide and regional leaderboards. And despite the simple nature of the game, EA is promoting the presentation of the game, promising 1080p visuals and 5.1 surround sound support for the aesthetically discerning block-dropper.

This is not EA Mobile's first crack at the Tetris franchise. When the PSP Go launched and Sony introduced PSP minis, EA Mobile's Tetris was the biggest (and most expensive) game of the program. (Some PSP minis are playable on the PS3, but Tetris is a notable exception.) The studio also created versions of the game for the iPhone, Windows Mobile devices, and other cell phone platforms. Since 2005, Tetris has sold more than 100 million paid copies to mobile phone users. 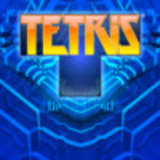