Tetsuya Mizuguchi says that features like spacial audio and enhanced controller vibration will play a big part in his new game.

Tetris Effect and Rez Infinite director Tetsuya Mizuguchi has confirmed that Enhance has begun work on a current-generation title, likely PS5, using past games as an inspiration.

Speaking to Famitsu (via VGC), Mizuguchi says that the studio's next game will likely be building off Area X, an area added to Rez Infinite when it launched in 2016 that is widely considered one of the best parts of the re-release.

"In particular, Area X in Rez Infinite was developed as a 'prologue' to the next game, and we hope to use that concept in the next generation of games," says Mizuguchi. "With the concept and XR technology, we’d like to increase the overall resolution and create a more detailed game."

The Enhance CEO says that he's excited about the possibilities of working with the additional features that new consoles like the PS5 offer, specifically spacial audio and more detailed controller vibration. He says that these allow him and his team to explore more ways to deliver even more intense visual and auditory experiences.

"When you think about the pattern of sounds coming from various directions in a space, and harmonizing them to form a piece of music, it becomes a different dimension from simple stereo sound. Everything becomes spatialized," Mizuguchi added.

"When haptics (tactile technology) is added to the mix, the total integrated experience of visuals, sound, and tactile sensations is not just multiplied, but multiplied by a factor of several. When that happens, things start to happen that in the past would not have felt like this in a game. We believe that we can make it happen, and we’re climbing the stairs one-by-one."

Tetris Effect started as a PS4 exclusive but has since launched on PC and Xbox as Tetris Effect: Connected, and is included with Xbox Games Pass. The game's multiplayer mode is still exclusive to Microsoft consoles, but is scheduled to launch on PC and PS4 later this year. 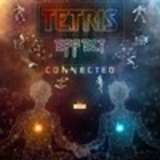