The critically acclaimed puzzler makes its way to Switch this fall.

Tetris Effect: Connected is coming to Nintendo Switch this fall. As revealed during today's Indie World presentation, the critically acclaimed puzzle game will launch on Nintendo's console on October 8, and it'll support cross-play.

Originally released as a timed Xbox exclusive in November 2020, Connected is an expanded version of Tetris Effect, adding new competitive and cooperative multiplayer modes and other content. The Switch version supports local and online multiplayer, as well as cross-play, allowing you to play against Tetris Effect players on other platforms.

Directed by Rez creator Tetsuya Mizuguchi, Tetris Effect originally launched on PS4 in 2018. The game was met with widespread critical acclaim upon its release. GameSpot gave it a 9/10 in our Tetris Effect review and said, "[Tetris Effect] provides the foundation for a complex emotional journey that defies expectations. It's a vector for meditation. It's a driving force that pushes you beyond your presumed limits. It is the definition of awesome, and if you have an open heart and an open mind, you owe it to yourself to take the plunge and see why it's anything but 'just Tetris.'"

As previously announced, Tetris Effect: Connected is also coming to Steam this month on August 18. PS4 players will likewise receive the new Connected content as a free update that same day.

That wasn't the only notable announcement to come out of today's Indie World presentation. We got a look at a number of well-received indie games that are on the way to Switch over the next few months, including Loop Hero and Bomb Rush Cyberfunk, as well as a handful that are out today like Axiom Verge 2. You can catch up on all the biggest news from the Indie World stream in our roundup. 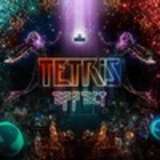