Tetris 99 Update Lets You Exchange Tickets For Some Older Themes

You can now grab some special in-game themes you may have missed during previous Maximus Cup events for 30 tickets.

Nintendo has released a new 2.2.0 update for Tetris 99. In addition to addressing a few unspecified bugs, this patch adds the ability to exchange tickets for six previous event-exclusive themes, giving you another chance to unlock them.

Contrary to the wording of Nintendo's patch notes, you can now exchange tickets you've earned for some special in-game themes in the Customize menu--not the other way around. The themes include those based on Luigi's Mansion 3, Animal Crossing: New Horizons, Xenoblade Chronicles: Definitive Edition, and Paper Mario: The Origami King.

These themes were all previously available as part of different Maximus Cups. If you didn't unlock them during their respective event, you can now grab the themes for 30 tickets apiece. The tickets themselves can be earned by completing daily challenges in the game. These can range from clearing a certain number of lines to getting a specific number of KOs during a match.

A new #Tetris99 update is live as six in-game themes from previous MAXIMUS CUP events return! Redeem your in-game tickets and collect them all! @Tetris_Official pic.twitter.com/2wtUrnY6k2

It should be noted that this currently only applies to some older themes. More recent ones, such as the Bowser's Fury theme that was available during March's Maximus Cup, cannot yet be unlocked via tickets. Nintendo has made previous themes available again in the past, however, so the company will likely give you another opportunity to unlock the Bowser's Fury theme sometime down the line.

Tetris 99 is developed by Arika, which also worked on the recently released Pac-Man 99. Much like Tetris, Pac-Man 99 is an online battle royale-style game that's free to download and play for Nintendo Switch Online subscribers. The game also has some paid DLC that adds offline modes and themes based on other classic Bandai Namco games. 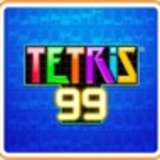