Terraria Spinoff's Developer Ditched As Game Is "Well Behind Schedule"

Terraria: Otherworld, a spinoff PC game announced back in February 2015, has seen its developer ditched as the project is "well behind schedule," according to publisher Re-Logic.

The game was in development at Engine Software, a Dutch developer behind a number of licensed games and handheld ports. However, in a forum post, Re-Logic stated it has had to end Engine's involvement with the game as "the game is still equal parts far from [our] vision and well behind schedule."

"Re-Logic's focus has and always will be on delivering complete and quality game experiences to our fanbase," the publisher said. "This means that we will not compromise game quality for speed to market or for any other reasons within our control. Our team had a clear vision for this game--one that we shared with all of you with much shared excitement--and, as much as we hate to say it (and in spite of all of the reforms we tried last year)--the current state of the game is still equal parts far from that vision and well behind schedule.

"As a result, we have made the decision to move on from having Engine Software continue development of Terraria: Otherworld. Re-Logic has possession of the game (code, art, sounds, etc.) as it exists today, and we have been examining the array of options available to us to get TOW to a place to where we can confidently deliver on the vision and expectations we all have for this game. After taking a good hard look at everything, we feel that a new and fresh start/direction is the only way Otherworld will ever reach its full potential at this point."

Re-Logic, who developed the original game and published it on PC, stated it has shifted development of the spinoff open-world strategy game to Pipeworks, which previously worked on the console and mobile versions of Terraria.

"Based upon their really impressive work to date with the Terraria re-write on console/mobile," said the publisher, "coupled with an amazingly on-point proposal for completing Otherworld (after a thorough review of the game on their end), we have made the decision to bring Pipeworks on board as our new development partner for Terraria: Otherworld."

Re-Logic goes on to state that it expects a "quiet period" while Pipeworks gets started on its version of the game. The new developer will "staff up" appropriately so that work on Otherworld "does not have any impact on the timing/quality of console/mobile/Switch launch." The main game is due to launch on Nintendo Switch at some point in 2017.

In other Terraria news, the original title recently passed the 20 million sales mark. It has certainly proven popular in the years since its 2011 launch, and rightly so: we awarded it an 8/10 in our PC review. 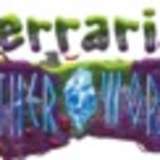