Tencent Buys A Stake In Another Game Developer, And It's Life Is Strange Dev Dontnod

The Chinese internet behemoth continues to expand its portfolio of game studio investments.

Tencent, the Chinese internet giant that owns the developers of League of Legends, Warframe, Path of Exile, and Don't Starve, has announced yet another investment in a game studio.

Life Is Strange studio Dontnod, which is based in France, announced that Tencent has invested €30 million into the studio to claim a minority stake in the company. As part of the deal Tencent gets the option to ask for a seat on Dontnod's board of directors.

Dontnod said it's using the money to pay for the expansion of the studio's efforts to develop and self-publish games across PC, console, and mobile. Dontnod's latest games were Tell Me Why and Twin Mirror, both of which were released in 2020.

"We are delighted to welcome Tencent as a Dontnod investor," Dontnod CEO Oskar Guilbert said in a statement. "This is a real expression of trust from a key online game leader, which is behind a number of success stories and has invested in several leading companies in the video game industry. The capital increase announced today will enable us to step up and boost the roll-out of our development plan, which aims to capture more value from our original creations by self-publishing more games."

A report from Niko Partners showed that Tencent made 31 deals in 2020 related to investments in the games industry, which is three times as many deals as it did in 2019. Its biggest deal was the $1.5 billion buyout of Leyou, the parent company of Warframe developer Digital Extremes.

Tencent now owns or has invested in a great number of gaming companies. It owns Riot (League of Legends), Grinding Gear Games (Path of Exile), and Supercell (Clash of Clans), while Tencent also owns a piece of Fortnite studio Epic Games. Tencent also has minority investments in Ubisoft, Activision Blizzard, and Bluehole. 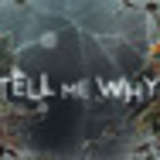